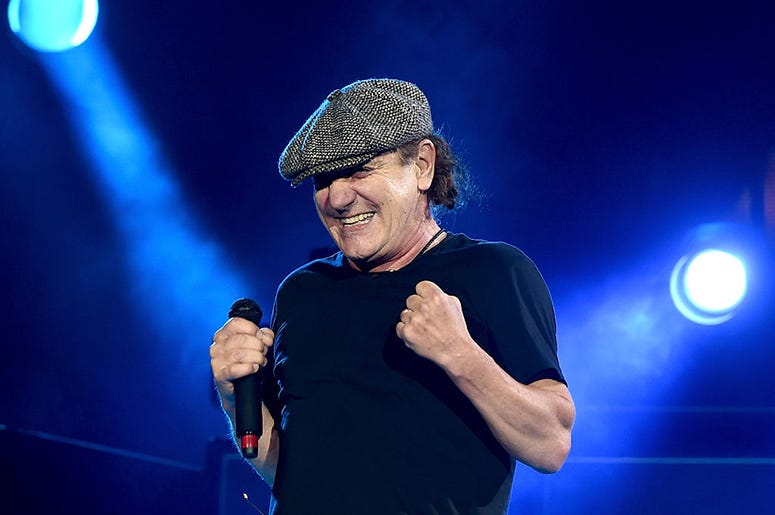 If someone were to ask you, ‘what’s the name of that band with the singer who wears a hat?,’ we’d put money on your answer being AC/DC while shaking your head in disbelief. If you said Slash's Snake Pit, go sit in the corner for a time out.

Anyway, this is actually part of the reason why Brian Johnson, singer for the iconic rock band who brought us the stadium rocking hits “Back In Black,” “Thunderstruck,” and countless others, has donned his signature cap for so long.

Speaking with the Planet Rock podcast, Johnson traced the origin back to before his days in AC/DC when he was a member of the U.K. group Geordie and found a desperate need to keep stinging sweat out of his eyes while performing in hot nightclubs. It was his brother, Maurice, who offered the solution.

After wearing the cap for the second half of the band's set Johnson raved, "That's marvelous! It's brilliant... I said, 'I'm gonna buy one of them!' And he says, 'You can keep that. I'm not putting that on.' So I did."

Eventually, the presence of the hat started getting the band more exposure, Johnson admits. "People started remembering, 'Oh, it's a good band. The singer that wears the cap. Him.' And then straight away, we got instant recognition with things like that," said Johnson, "And we got gigs, we got shows. 'We want that group. What are they called? You know, the singer wears the cap!' 'Oh, right. Geordie!' And it stuck. I guess it's just part of us now."

AC/DC actually doubled, and tripled-down on recognizable traits if you consider their iconic logo and lightning bolt, as well as guitarist Angus Young's signature schoolboy style and stage presence. 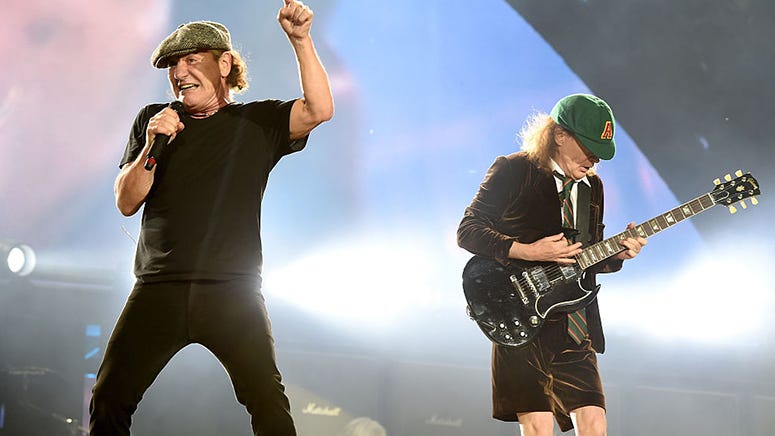 The band just released their latest album, Power Up, last month -- a follow-up to 2014's Rock or Bust, which pays tribute to the band's late co-founder, Malcolm Young, who died from complications of dementia in 2017 at age 64.

Angus Young, Malcolm's brother and fellow co-founder, has explained that most of the songs on the new release were based on material that he and Malcolm wrote during a prolific period prior to the recording of AC/DC's 2008 album, Black Ice.