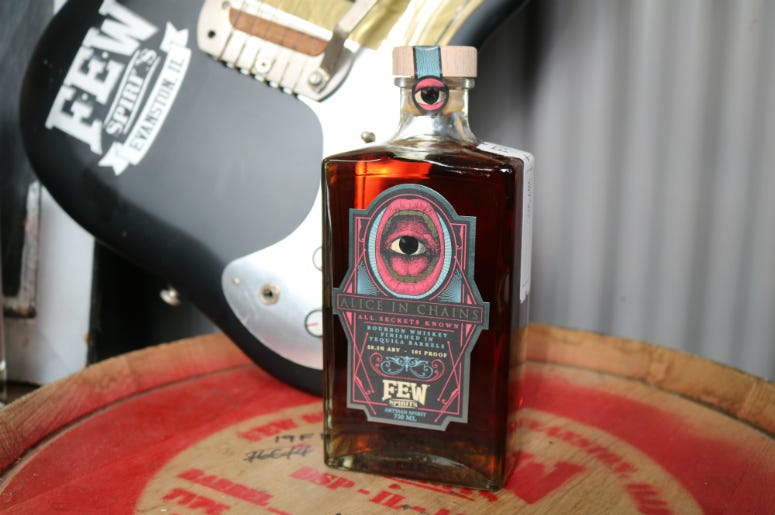 Alice in Chains is the latest rock act to get into the booze business. The Seattle band is teaming with FEW Spirits to create a unique new bourbon called All Secrets Known.

The liquor borrows its name from the lead track on Alice in Chains’ 2009 album Black Gives Way to Blue, and is finished for six months in tequila barrels. 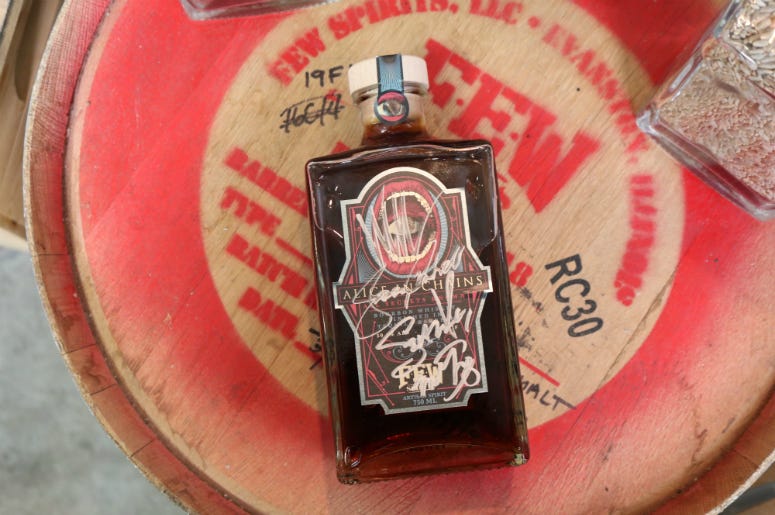 “Nobody sounds like Alice in Chains,” said FEW Spirits founder Paul Hletko. “We were inspired by their courage to create a sound that flouted convention and thought, ‘there are lots of tequilas finished in bourbon barrels, but it’s rare to find a widely-available bourbon finished in tequila barrels. Let’s do that instead’.” 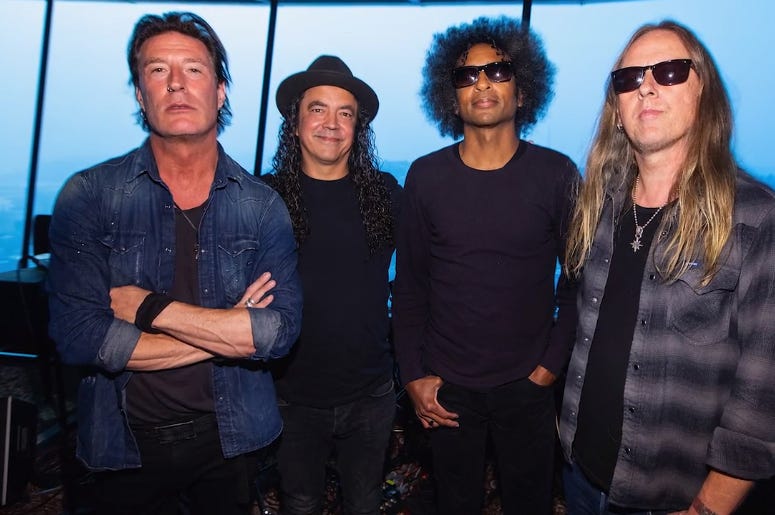 “Alice in Chains is part of one of very few movements that can be legitimately credited with shapeshifting an entire culture, beginning with their first album Facelift,” Hletko added. “For us distilling, like making music, is about having the courage to ask, ‘What if we…’ and being excited to find the answers – unlocking those secrets.”

All Secrets Known is expected to sell for about $75 a bottle in a limited release in California, Oregon, Washington, Illinois and New York.

Alice in Chains joins Metallica and Bob Dylan as artists with their own whiskeys, while bands like Iron Maiden, Megadeth and Def Leppard have their own beers.