Tony Iommi has James Hetfield’s back. The legendary Black Sabbath guitarist is showing support for the Metallica frontman as he enters rehab.

“My best out to James Hetfield,” Iommi posted on Facebook. “You’ve done the right thing seeking help - I’m thinking of you my friend and wishing you all the very best on your recovery. Looking forward to seeing you back at your best very soon. Your pal Tony.”

My best out to James Hetfield. You’ve done the right thing seeking help - I’m thinking of you my friend and wishing you...

Metallica recently announced the cancellation of tour dates in Australia and New Zealand because of Hetfield’s ongoing battle with addiction. His issues with alcoholism came to light in the 2004 documentary Some Kind of Monster, but by all accounts he had been sober for many years.

“As most of you probably know, our brother James has been struggling with addiction on and off for many years,” Metallica wrote in a thread of tweets on Friday night. “He has now, unfortunately, had to re-enter a treatment program to work on his recovery again.” 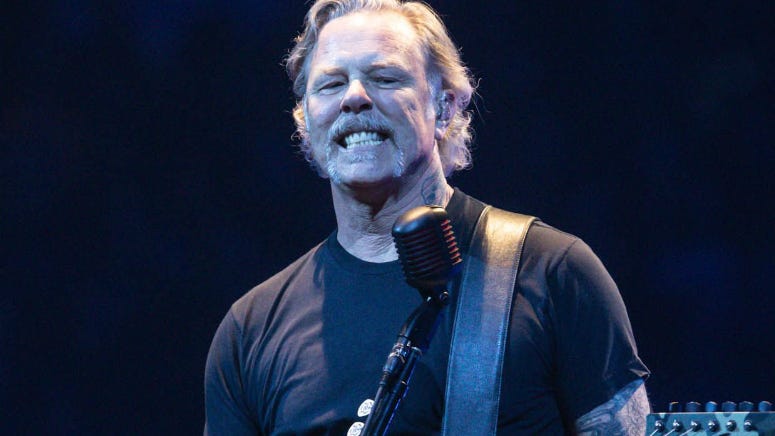 Hetfield and Iommi, members of two of the heaviest and most influential bands of all-time, are longtime friends. He and Metallica drummer Lars Ulrich inducted Black Sabbath into the Rock and Roll Hall of Fame in 2006.

“Black Sabbath is mammoth riffs with menacing lyrics that make me oh so happy,” Hetfield began his speech. “Picture a 9-year-old boy – quiet and well-behaved on the outside, but on the inside boiling, boiling and dying for life to burst open with some sort of, any sort of stimulation, and the discovery of music was what was to burst it wide open. But not just any music, this was more than just music: a powerful, loud heavy sound that moved his soul.

Hetfield said he constantly raided his older brother’s record collection and was drawn to Black Sabbath by their dark and mysterious album covers.