Bret Michaels is dealing with a health scare. The Poison frontman has announced that he will undergo surgery for skin cancer.

The 56-year-old says the issue was detected after a recent biopsy, but it sounds like he has every intention of being ready for this summer’s big stadium tour with Mötley Crüe, Def Leppard and Joan Jett.

“I’m in the hands of incredible specialists who are both positive for great outcomes,” Michaels said. “It may slow me down a bit at the beginning of the year, but if God willing I promise this year will be awesome. Just a few less solo shows and special events until I get this all squared up.” 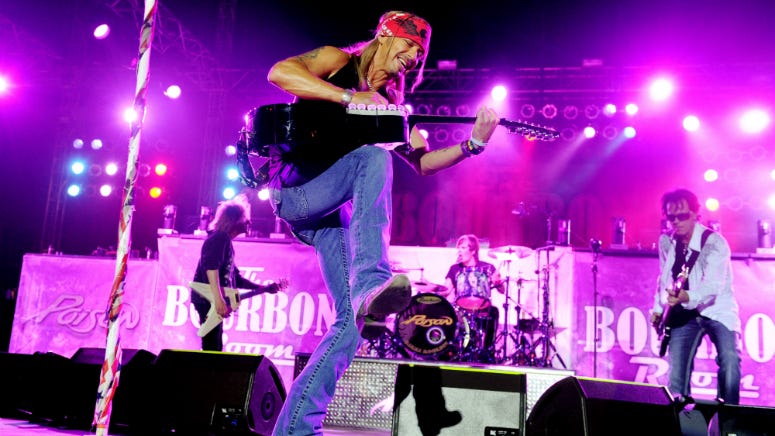 Michaels added that he was continuing with “great diabetic maintenance” and that he has also been diagnosed with a torn rotator cuff, “which would answer the question why it looks like a lump or bone was sticking out of my right shoulder.”

If anyone knows what it takes to overcome obstacles, it’s the man who wrote “Every Rose Has It’s Thorn.” In 2010, Michaels endured a brain hemorrhage, heart surgery and an emergency appendectomy.

Poison’s 2020 tour begins June 21st in San Antonio and runs through at least September 5th in Inglewood, CA. During the announcement, Michaels said he was looking forward to joining forces with three other like-minded acts.