867-5309 is the most famous phone number in rock. Tommy Tutone engrained it into our heads with their 1981 one hit wonder of the same name. Now, Pearl Jam has some new digits to enter into your contacts. 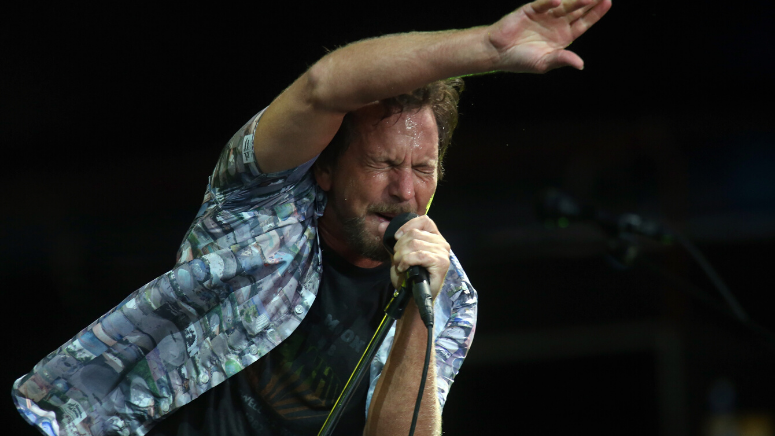 Here’s how the recorded greeting begins: "Hello, you've reached the Pearl Jam Gigaton hotline. Press 1 to leave a message. Press 2 to opt in to receive updates from the band and preview the new album before it's out on March 27th."

After opting in, fans get access to song clips and receive a text message thanking them for signing up to receive updates. The texts can be cancelled by replying “STOP.”

Call the #PearlJam #Gigaton hotline to preview the new album before it's out this Friday 3/27.

“[Eddie Vedder] did a great job,” he said. “There was a pile of songs, and he sort of took and really, really, in the last two months, mixed and sort of selected the tracks that really were going to be special. And he did such a great job of bringing everybody’s personalities out. It was probably different than any of us would’ve made individually, but it really captures, I think, the spirit of the band.”

Two singles from Gigaton have already been released: “Dance of the Clairvoyants” and “Superblood Wolfmoon.”