Slipknot and Stone Sour frontman Corey Taylor has been hinting at a new solo album for quite a while now, and his latest update suggests the promotional wheels are now in motion.

Prior to the pandemic, Slipknot had plans to keep to their touring schedule but along with the rest of the entertainment industry, that has all been put on hold. Just before the lockdown, Corey told Kerrang! that he had been getting material together for a solo project. Now, that album is finished.

In a post on his social channels on Wednesday Taylor, filmed in front of giant CMFT letters (Corey Mother F****** Taylor for those confused), says, “we are back, behind the scenes, filming the video for…” and then he's bleeped out, so it's your guess what the first single is called.

Holding a CMFT wrestling belt on his shoulder he continues, “as you can see I’ve got the championship right here, and if anybody wants to take it… bring it the f*** on.” 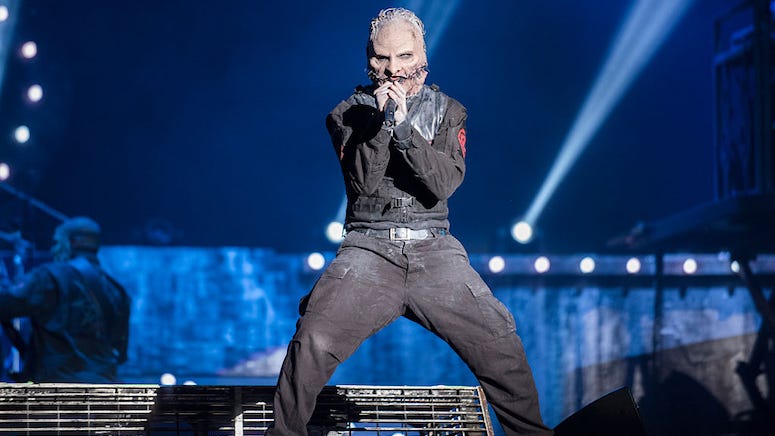 Taylor tells Blabbermouth that some songs on the new release were written during the last Slipknot tour, and some even date back to when he was in high school, "so that tells you how long I've been sitting on a lot of this material. And it's just stuff that I've kind of had floating around that didn't really fit with either band. It just had different energy and a different vibe."

"It's everything I wanted it to be," he added. "There's some Slade in there, there's some Johnny Cash, there's some Alice In Chains. I mean, big choruses, fun rock, just huge solos."

A tentative release date sometime in September is where Taylor currently stands for the album's release.