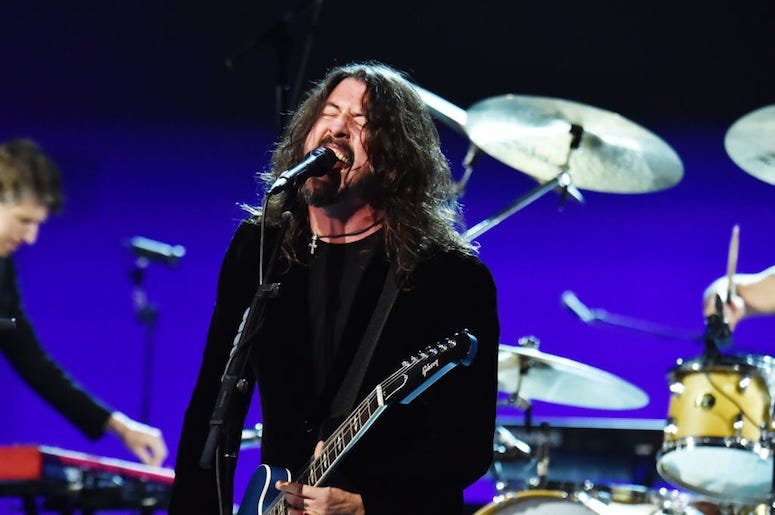 The first night of Hanukkah was filled with the smell of latkes, light from the menorah, and Dave Grohl?

The Foo Fighters frontman promised to deliver a Hanukkah present to all those celebrating around the world and deliver eight covers from Jewish artists. Called the Hanukkah Sessions, Grohl is teaming up with the band’s producer Greg Kurstin to treat fans to a new cover song each night.

With all the mishegas of 2020, @GregKurstin & I were kibbitzing about how we could make Hannukah extra-special this year. Festival of Lights?! How about a festival of tasty LICKS! So hold on to your tuchuses... we’ve got something special coming for your shayna punims.

Grohl and Kurstin started off the series with a cover from “the only Rock and Roll Hall of Famers with a lyric about kugel.” Those Hall of Famers are the Beastie Boys as the duo wrote in the description of their video “it would be a shanda to not kick off this party with New York’s (and Abraham’s) finest.”

Covering the Beastie Boys is no easy feat, but Grohl and Kurstin pulled it off wonderfully with their rendition of “Sabotage.” Kurstin was on the keys while Grohl was on drums and handled vocal duty.

Ad-Rock’s high-pitched vocals found in the original version and throughout the Beastie Boys catalog are a dubious task to mimic. For those more familiar with Dave Grohl’s work, just try to imagine him singing the opposite of how he normally does. However! He nails it and Grohl’s high-pitched shrieks work incredibly well.

While Foo Fighters are giving back with their music at this time, they’re also doing so in the real world as the band teamed up with Los Angeles restaurant Casa Vega to create their signature taco.