There’s nothing more rock and roll than a guy in a wheelchair crowdsurfing, and if anyone is going to appreciate that feat, it’s going to be Dave Grohl.

The Foo Fighters frontman watched in awe as the superfan enjoyed the hell out of the band’s set at Sziget Festival in Hungary. Before launching into “Everlong,” Grohl called attention to the guy in the wheelchair as well as a girl who had been blowing bubbles.

“Ladies and gentlemen I would like to say, even to the guy in the f****** wheelchair - he’s the star of the show right there – that’s the f****** star of the show. My man! My man!” Grohl exclaimed. “I have a question - do you wanna come up and watch the show from up here? You wanna come up? Bring that m*********** up here.
Come on, come see the show. And then you know what? How about this - the girl with the bubbles, you still got bubbles? Where’s my bubble girl... I need the bubble girl and I need this man here right now.” 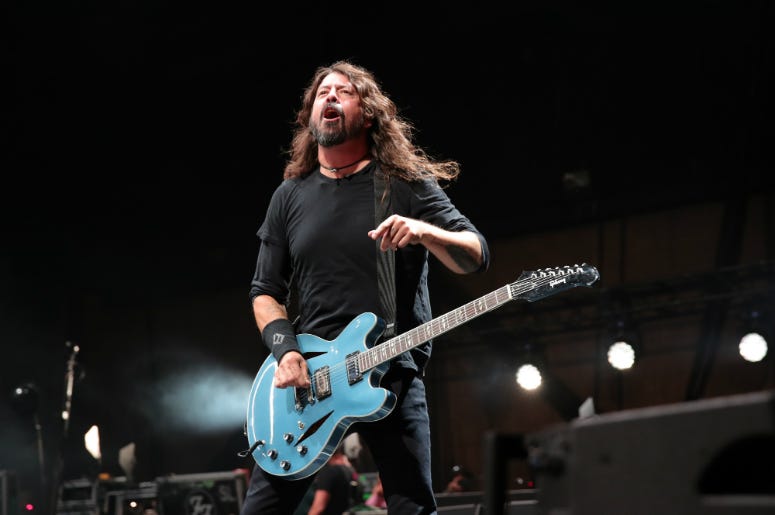 Dave Grohl Invites Blind Child To Side Of Stage

Foo Fighters proceeded to close the show with their high-energy favorite from 1997’s The Colour and the Shape, and when the song was over, Grohl had wheelchair guy throw his guitar down the ramp from the stage.

Foo Fighters have several more European festival dates on their calendar before returning to the U.S. and then South America for a few more.