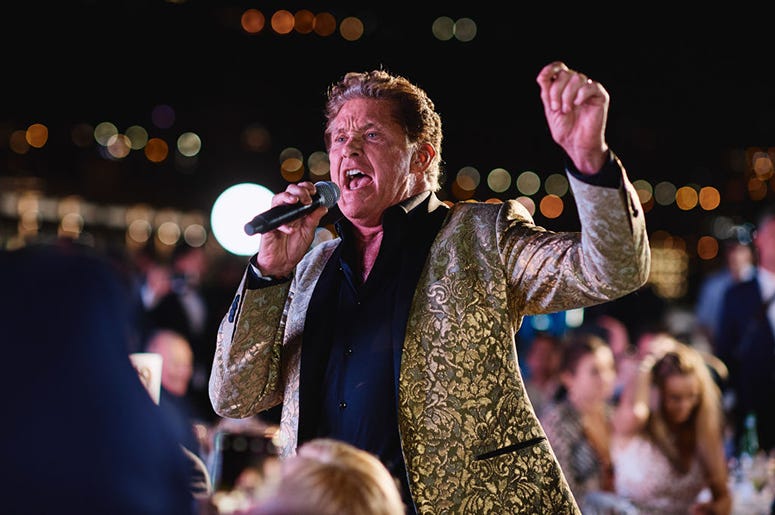 Hasselhoff is singing on a brand new track, "Through The Night," with the Austrian electronic/metal two-man band CUESTACK. There’s even a Kickstarter campaign to finance a video release (which has already been shot) and a "making-of" documentary.

The band and the Hoff first began working together in 2018 as they shared demos and held meetings. Their ultimate goal was to work with one of their idols, while at the same time introducing fans to the heavier side of "the most-watched man on TV."

"We had to build much smaller versions of the sets we actually had in mind," the band says on their donation page. "To turn this dystopian retro Sci-Fi/Cyberpunk vision into reality, a massive post-production effort is needed now, to extend these basic sets into cinematic, futuristic, living worlds!"

"Your contributions go directly into financing those final steps and aside from providing digital downloads, we can also pre-order the special 'THROUGH THE NIGHT' Box Sets for you." 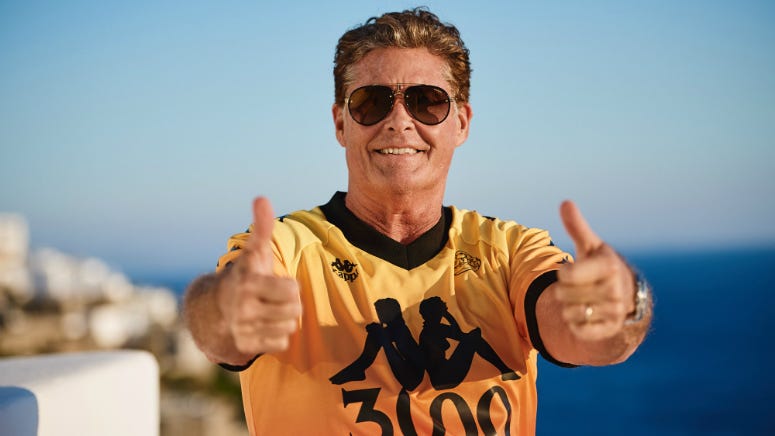 As for Hasselhoff, his latest solo album, Open Your Eyes, was released in September 2019, his first with the Los Angeles-based Goth/Industrial label Cleopatra Records.