There have been rumblings for months about new AC/DC music with Brian Johnson and Phil Rudd back in the band, now those murmurs are turning into a roar.

“It’s as close as you can get to the original band,” Snider added.

He died. RIP Malcolm Young. But all four surviving members have reunited WITH tracks recorded by Malcolm while he was still alive. Malcolm's nephew Stevie Young is replacing him (he's done this a couple of times before). It's as close as you can get to the original band. @acdc https://t.co/UQn0xITfWg

That quote gains even more credence when coupled with a statement from Behomoth frontman Nergal, who also seems to be plugged in to what’s happening.

“I know there’s a new AC/DC album in the making with Malcolm Young,” he told Loudwire. “It’s coming. It’s going to be an outtake from Rock or Bust. What do I expect? I expect nothing more and nothing less, just give me f****** rhythm and Angus and Malcom’s guitar. Don’t give me anything extra. (Brian Johnson) is back in the band.” 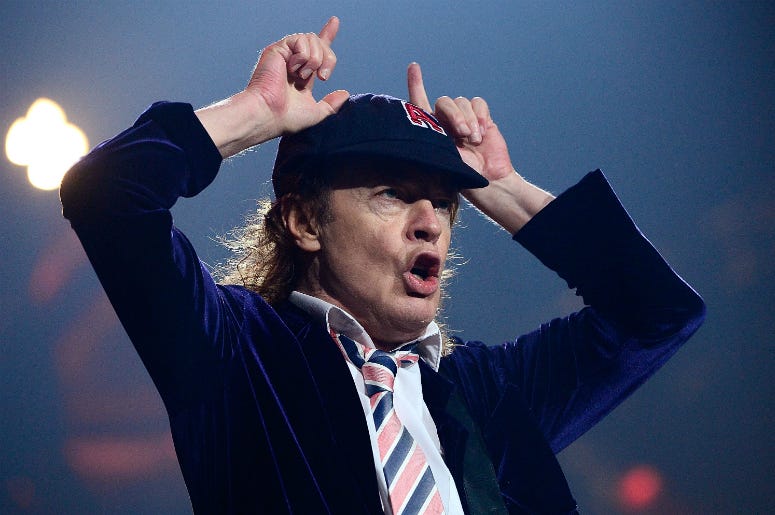 AC/DC’s longtime engineer, Mike Fraser, confirmed in April that the Aussie rockers were in the studio, and Johnson and Rudd were spotted together outside a recording studio in Vancouver last year.

Johnson was forced to leave AC/DC during its tour in 2016 because of serious hearing loss, and Rudd was replaced amid legal issues. A new AC/DC album would be the band’s first since 2014’s Rock or Bust. The title track peaked at #8 on the Billboard rock chart.