Disturbed was forced to cancel their Wednesday, July 24 performance after frontman David Draiman was faced with vocal issues.

David Draiman is known for his incredibly powerful vocals. His booming voice rings throughout arenas, and has colored the band’s sound throughout their two decades together. When Draiman was advised to go on vocal rest to prevent any further damage, he took the doctor’s suggestion and the band cancelled their show at Brandt Centre in Regina, Canada. 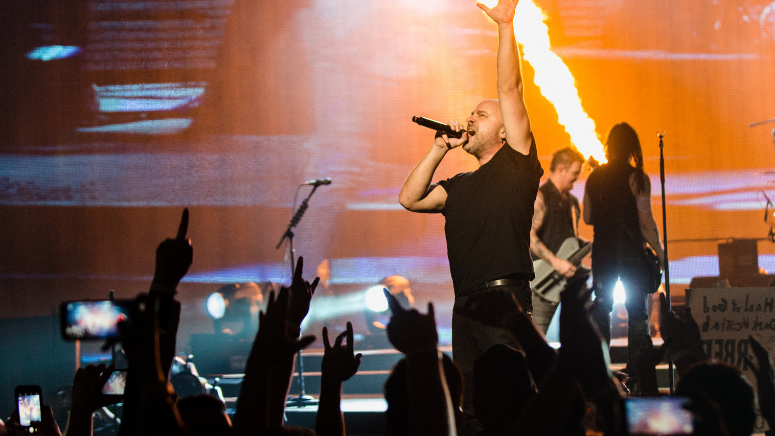 Disturbed shared a statement to their website to apologize for the cancellation. While the explanation included no details of what caused the need for vocal rest, they did inform fans that Draiman was “advised to rest and limit his vocal usage.”

“Disturbed Ones — We regret to inform our fans that we will have to cancel tonight’s show, Wednesday July 24 at Brandt Centre in Regina due to a vocal issue,” the statement reads. “At the recommendation of a doctor, David has been advised to rest and limit his vocal usage today to avoid any further damage.”

Refunds are to be automatically given to ticket holders. The band is set to play four more shows through the end of the month, but it looks as though they’re set to go forward as scheduled.