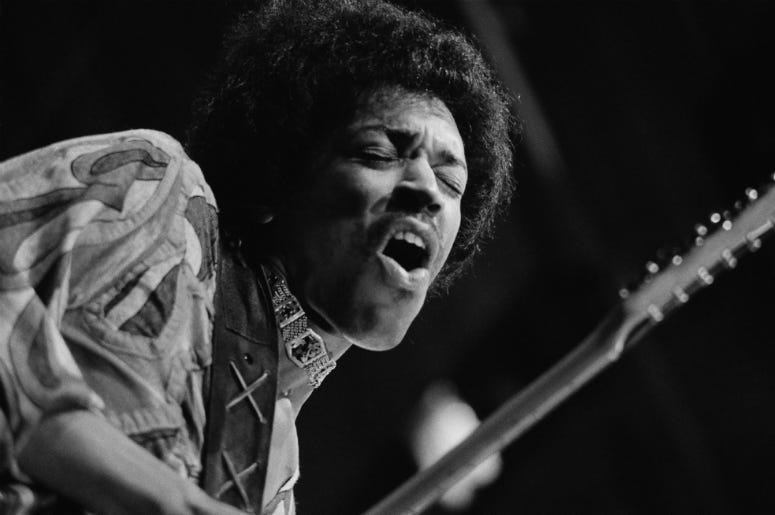 46 tracks on three albums recorded in barely more than a year. It’s not hard to argue that no rock artist accomplished so much in so little time with as much influence as Jimi Hendrix.

The peerless guitar legend began perfecting his craft in backing bands for stars like Little Richard in the early 60s. Musicians like Keith Richards started taking notice a few years later, but it wasn’t until Hendrix signed with Reprise Records on May 21, 1967 that he found the platform to show American audiences some tricks that had never been done with an electric guitar before or since.

The Seattle native and Army vet released Are You Experienced and Axis: Bold as Love in 1967, and Electric Ladyland in 1968. His only three studio albums produced some singles like “Purple Haze,” but The Jimi Hendrix Experience was never about hits. Every track on every album deserves a listen. Here are ten of his best deep cuts demonstrated by live performances, outtakes and behind the scenes clips. Vote for your favorite of these rare, lesser known tracks at the bottom of the page.

May This Be Love