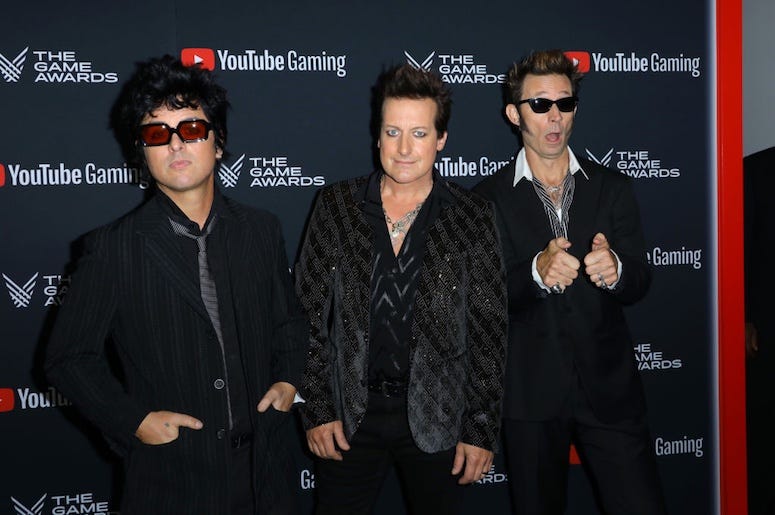 They may have risen to fame as a punk band, but Green Day easily could have had a stellar career as a new wave group.

In 2003, a group by the name of The Network released a new wave album called Money Money 2020. Fans were speculating that The Network was actually Green Day, which the group vehemently denied. Eventually, bassist Mike Dirnt confirmed that The Network is a Green Day side project.

Still, that didn’t stop the band from having a bit of fun when their label, Warner Records, announced that they signed The Network to a record deal.

With The Network back in action after a 15-year hiatus, the new wave outfit just dropped a brand new EP. Trans Am clocks in at four total songs and contains the previously released song “Ivankkka Is a Nazi” as well as songs titled “Flat Earth,” “Fentanyl,” and “Trans Am.”

The Network’s second album Money Money 2020 Part II: Told Ya So! Is set to be released on December 4.

While Green Day continues to deny any type of involvement with The Network, they were involved on Election Day by providing voters in Oakland with 10,000 cups of their “Father Of Alll… Dark Roast” coffee.

The band partnered with the nonprofit food bank, World Central Kitchen, and provided coffee and snacks to Oakland voters that were stuck in long lines.