One of the biggest rock songs of the 80s still has momentum. The video for Guns N’ Roses’ “Sweet Child O’ Mine” just became the first clip from the decade to achieve one billion views on YouTube.

The black and white video depicts a band that’s about to explode rehearsing. All of the band members’ girlfriends at the time appear in the clip, which included a shortened version of the track from Guns N’ Roses' debut album Appetite for Destruction. 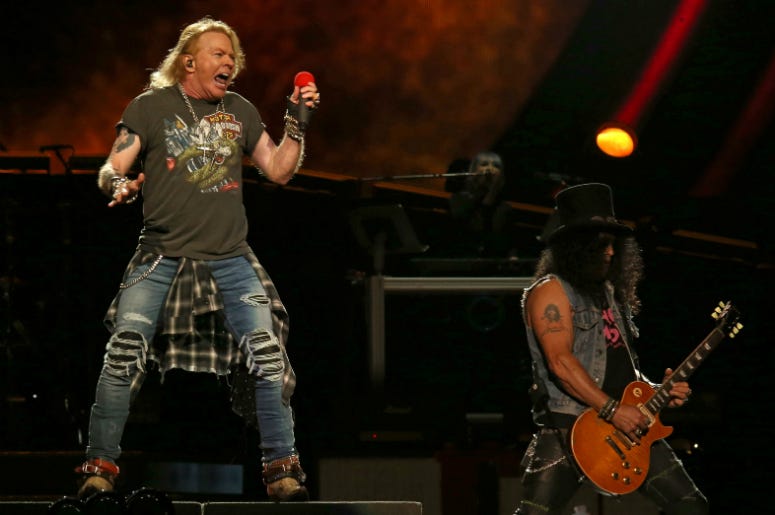 At a time when a popular MTV video could launch a band and/or a song into the stratosphere, “Sweet Child O’ Mine” went to #1 on the Billboard Hot 100 chart after it was released as a single in 1988.

The track is famous for how it came to be. Slash’s signature guitar riff that carries the tune started out as a warm-up exercise, but band members loved what they were hearing and frontman Axl Rose was inspired to write lyrics.

“You know what happens is you come up with something you think is cool, but how it’s going to translate to other people, you never know,” Slash told an Australian TV station earlier this year. “I was the guy who initially was not a big fan of ‘Sweet Child O’ Mine’ back in the day. That was more not because of the riff, it was really more about the type of song it was at the time, because we were a pretty hard driving band, and that was sort of an uptempo ballady type of a thing. So it’s grown on me over the years, but that’s a riff that I never knew was going to take off the way it did.”

“Sweet Child O’ Mine” isn’t Guns N’ Roses’ only video to make in impact in modern times. “November Rain” remains the only video from the 90s to reach a billion views on YouTube.