Kim Thayil, Matt Cameron and Ben Shepherd were rolling down the highway in their tour buses in the direction of Columbus, Ohio in the early morning hours of May 18, 2017. They were most likely exhausted after Soundgarden’s just-completed concert in Detroit. Frontman Chris Cornell was not with his bandmates. He had trouble sleeping on buses and stayed behind, where he would rest up in a hotel before catching a flight.

Soundgarden would never be together again as we now know, after Cornell took his own life in his room at the MGM Grand. And it didn’t take his bandmates long to learn about the devastating news. Cameron was stunned to read an “RIP Chris Cornell” post on his own Facebook page. 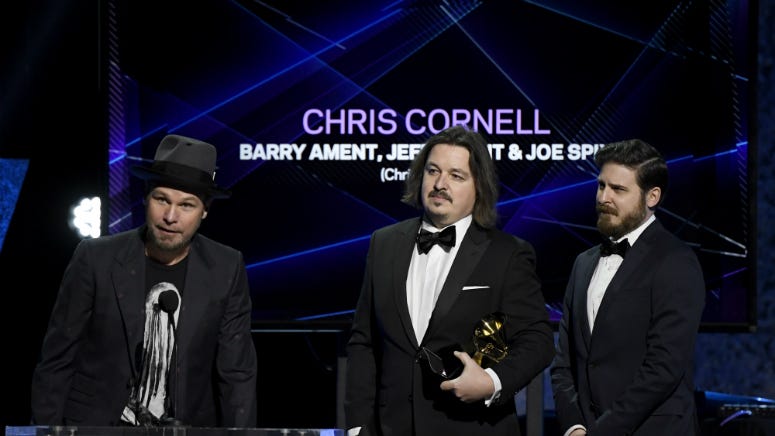 The details were revealed in a court filing in Soundgarden’s ongoing feud with Cornell’s widow, Vicky, over alleged unpaid royalties and the rights to unreleased music.

As the tour buses got closer to Columbus, Cameron called Thayil, who was on the other bus, who then woke Shepherd. The court documents say they all began frantically searching the news and social media while calling friends and family until their tour manager confirmed the tragic news.

WATCH MORE: I Am the Highway: A Tribute to Chris Cornell Slideshow

“Thayil, Cameron and Shepherd were utterly devastated to lose their beloved friend, brother, and comrade, and were in a state of shock,” the documents say. “As they pulled their buses to the roadside, embraced each other, and struggled with what to do next, their tour manager advised them not to go back to Detroit as it would be swimming with police, press, and other media, and there was nothing positive that could be achieved.”

“They also had a throng of highly-distraught crew and tour team members already in or headed to Columbus who needed support. So they organized a vigil in a conference room at their Columbus hotel, where they were accompanied by their crew, assistants and friends who hugged, wept and attempted to console each other for many hours.”

The surviving members of Soundgarden have said they would not do a full tour again because of Cornell’s death, but they do want to release one final album. But they are not in possession of the demos that contain Cornell’s vocals, and Vicky Cornell says they belonged to him and now his estate.