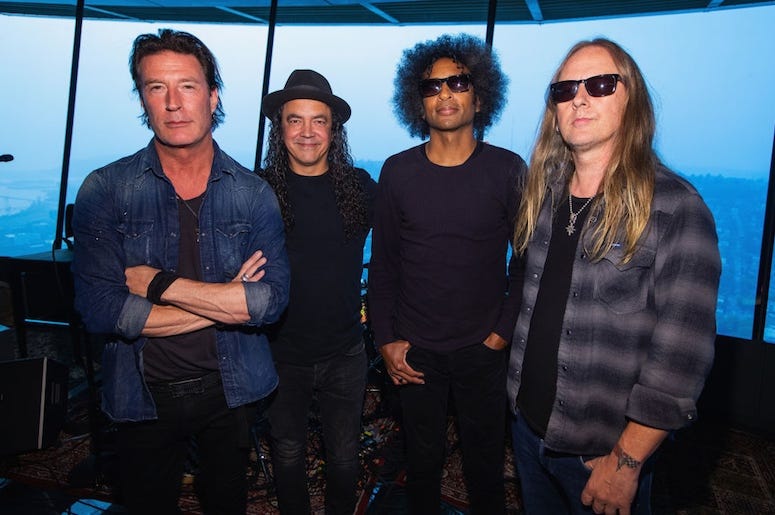 The Museum of Pop Culture in Seattle is set to honor Alice In Chains with its prestigious Founders Award and will be hosting a virtual fundraiser featuring performances by the legendary rockers alongside numerous high-profile artists covering their iconic songs.

On December 1 at 9PM ET / 6PM PT, the Museum of Pop Culture will be streaming the event on Facebook. Alice In Chains will be on hand to accept the award and perform. Other performers include Metallica, Billy Corgan, Korn, Corey Taylor, Ann Wilson, Nancy Wilson, Taylor Hawkins, Krist Novoselic, members of Soundgarden, Lily Cornell Silver, Ayron Jones, and more. All performers are set to pay tribute to Alice In Chains with their own take on the band’s most famous songs.

Posted by Museum of Pop Culture on Tuesday, December 1, 2020

“Since 2007, MoPOP's Founders Award has celebrated artists whose noteworthy contributions continue to nurture the next generation of risk-takers," the museum’s website states.

“For the last three decades, Alice in Chains' musicianship, advocacy work, and dedication to their fans have made them an integral part of Seattle’s artistic community.”

The Founders Award will be free and open to all who wish to view and will serve as a fundraiser for the museum. “Like many arts organizations around the country, as a community supported nonprofit museum and in-person gathering space, MoPOP has been hit hard by the COVID-19 crisis,” their website states.

Throughout the show, viewers will be able to donate with all proceeds raised through the Founders Award going towards providing much needed relief for the museum.