If you need a break from movies and TV shows, Metallica is ready to rock your living room with a new online series of concerts.

Entire shows from the “Sad But True” band’s career will be streamed on Mondays via their YouTube channel and Facebook page. The first installment of #MetallicaMondays dropped last night.

Fans were treated to Metallica’s June 8, 2019 gig at Slane Castle in Ireland. The setlist that night included “One,” “Master of Puppets,” “Now That We’re Dead” and “Enter Sandman.” You can watch it below.

Metallica also updated fans on their happenings during these unusual times. The band posted a lengthy message on their website ensuring everyone that they’re doing their part to keep themselves and everyone else healthy. They also provided new details about their upcoming tour plans.

“We’re all putting safety first, self-isolating and socially distancing, but not forever!” they wrote. “With that said, the South American shows originally planned for April are in the process of moving to December; Greta Van Fleet is going to stay on board to take this ride with us, and we’ll be hitting each and every city, but a few venues may have changed. 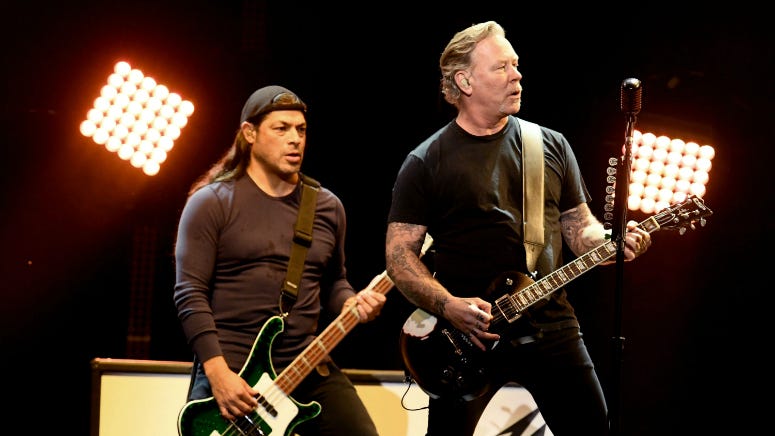 “For those of you in the States, you know that we have some festival dates planned in May and unfortunately the news is not quite as good. With heavy hearts, we’re here to let you know that Epicenter in Charlotte, Welcome to Rockville in Daytona, and Sonic Temple in Columbus have all been cancelled. There is one bright note; Louder Than Life in Louisville (September 17-20) has ADDED a date and we’re excited that we’ll once again be able to partake in the festivities as we’ll be hitting the stage on Thursday, September 17th to kick off what will be four days of live music and good vibes.

“For now, go hang with your significant others, kids, pets, parents… whomever you have in your space. Create your playlists, watch some movies, try some old-fashioned board games, and most importantly, stay safe.”