If Rick Allen, Bruce Dickinson and Klaus Meine ever formed a supergroup, they could call themselves The Spiders. A Brazilian biologist who likes to rock has discovered four new spider species and named them after the Def Leppard drummer, Iron Maiden singer and Scorpions singer.

Christina Rheims specializes in spider taxonomy and says she likes researching and finding interesting names. She started by coming up with a new genus for the 1 to 2 centimeter creepy crawlers: Extraordinarius, and then added three of her favorite musicians to it. So we have Extraordinarius rickalleni, Extraordinarius bruceickinsoni and Extraordinarius klausmeinei. There’s also Extraordinarius andrematosi – named after Brazilian singer Andre Matos. 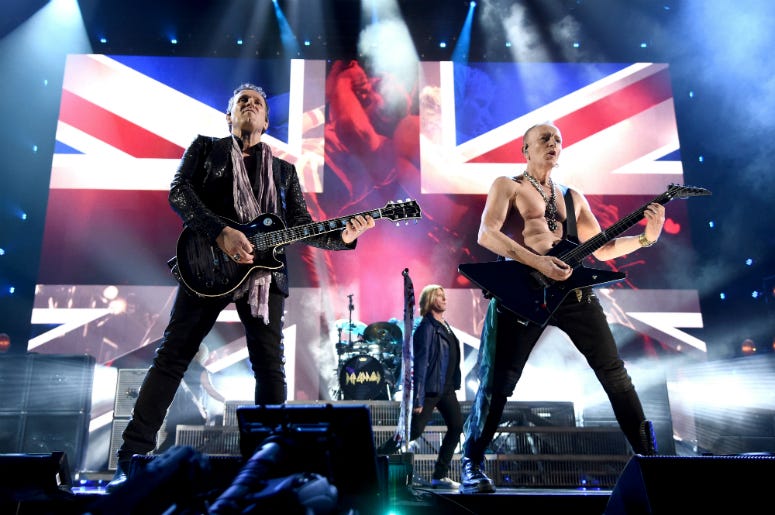 "I've always wanted to honor Rick Allen because I think he's an example," Rheims told PRI. "You have a drummer that loses an arm, and he continues his career and he learns how to play with only one arm. So he's one of the Extraordinarius as well."

Allen was flattered by the honor, voicing his approval on social media.

Meine was also excited. At his request, Rheims created and signed an official certificate for him.

“I like to joke that now he has my autograph,” Rheims said.

music
Kirk Franklin and Fred Hammond Join 'Verzuz' for 'Moment of Healing' on Sunday Night
music
Music Industry Plans to Pause to 'Disconnect From Work and Reconnect' with Community
music
Thomas Rhett and Wife Speak Out on Racial Injustice for Their Black Daughter
music
Halsey Says She Was Shot With Rubber Bullets During George Floyd Rally in Los Angeles
music
JAY-Z Calls Minnesota Governor 'As a Dad' to Talk About Justice for George Floyd
news
17,000 National Guard Troops Have Been Activated in Response to National Protests