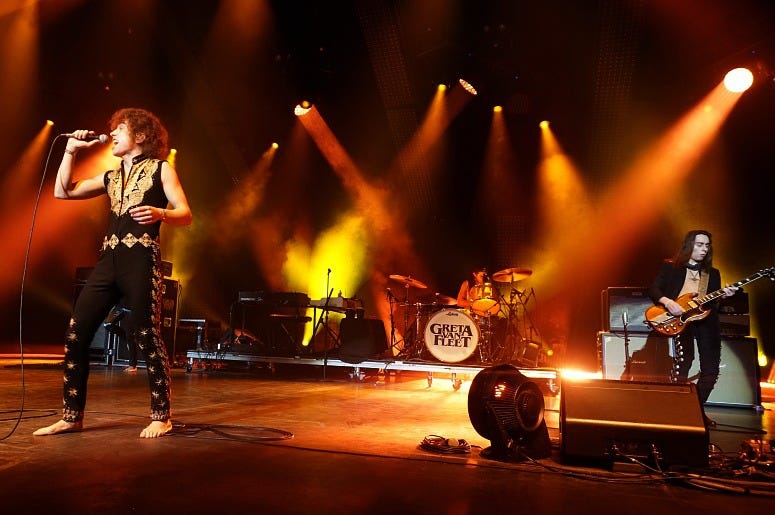 After countless shows this year, from the festival grass to the sticky floor of the pit, we closed out our concert calendar for 2019 with Greta Van Fleet.

At first it might seem odd to end a decade with a band that feels transported from another time, but in a way it’s incredibly fitting. The young Michigan group represents a lot of what the past ten years have been about, a nod to the nostalgia that we wrap ourselves in for comfort, massaged and moved to fit our own time. There’s something instantly familiar about them, but with a twist that makes it all its own. Greta Van Fleet built momentum by sounding similar to an era we hold so high, but turned it into something special by adding their own sonic stamp.

They also unfortunately represent another of our favorite pastimes that’s been distilled and refined through the glorious 10s. Instant internet backlash and unwarranted derision, stoking just as many negative posts about their style and influence as they have support. Not many have split the popular vote like Greta Van Fleet has on their way to a sold-out tour and a handful of GRAMMY nominations. It would be sad if it wasn’t such a success, but living well always seems to be the best revenge.

The proof unfolds on stage, as we witnessed at the band’s last show of the year. Before 2020 arrives with a new album and a deeper dive into their sound, Greta Van Fleet threw one last party on their victory lap of 2019. 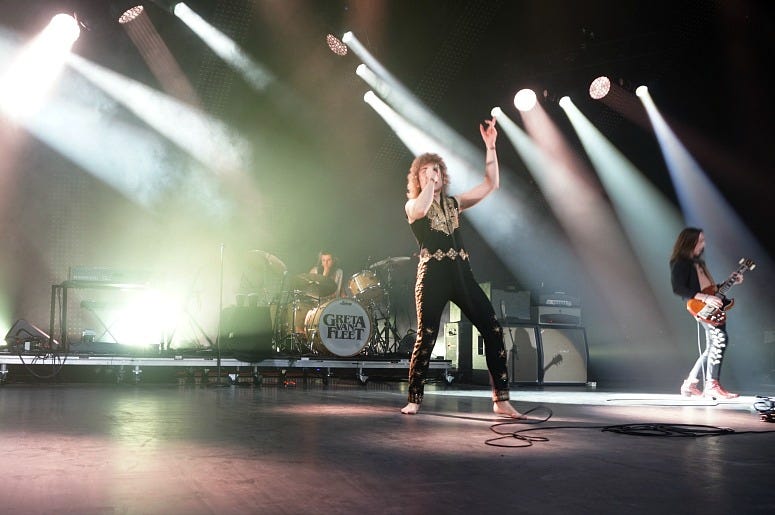 The young band, topping out at age 23, arrives shot out of a cannon. Singer Josh Kiszka leads the family, barefoot and bodysuited, prancing and slithering across the stage summoning spirits and that towering voice. Behind him is a cascade of lights, with three next level musicians pouring it all out. After exploding through opener “When The Curtain Falls,” they follow with an encore-ready performance of “Edge Of Darkness,” treating their second song like it’s a closer.

The crowd spans generations, speckled with Led Zeppelin shirts and flannels, beards and button-downs. At one point an actual lighter gets raised in the crowd. Not a cell phone light or the glow of a vape pen, but an actual lighter with hands extended towards the sky.

There’s something reborn and revived that fills the room, a spirit of rock that not commonly captured. There’s plenty of hard-charging aggression-fueled rock sessions and swaying sincere sets that fill venues across America these days, but not many bring this same brand of boisterous, wide-eyed joy that this young collection has accomplished. 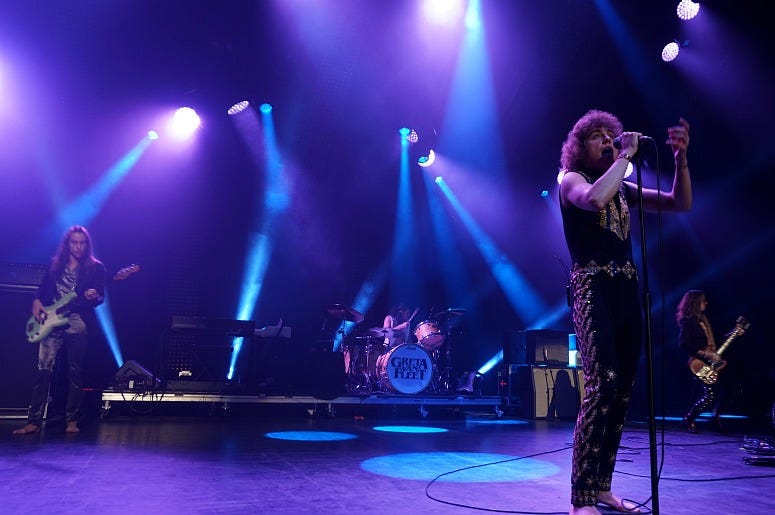 It’s always a mood throughout the show, from bright hues washing over the stage to the cold blue and purple of another world, which bursts into bright white. The band is quietly commanding as Josh works the room, trading flare for sweet waves, wielding a tambourine like an overambitious ribbon dancer.

There’s still a long road to ride for Greta Van Fleet. The night before the band celebrated their drummer’s 21st birthday, and the youngest still has to wait until April to buy a drink. But the foundation is pure, built on influence and spread with jubilation, all at the hands of a few virtuosos from Michigan. In many ways 2019 was a celebration for the band, able to snare the buzz of a moment and turn it into a renaissance.

The next chapter for Greta Van Fleet arrives soon, as the curtain closes on their incredible first act.