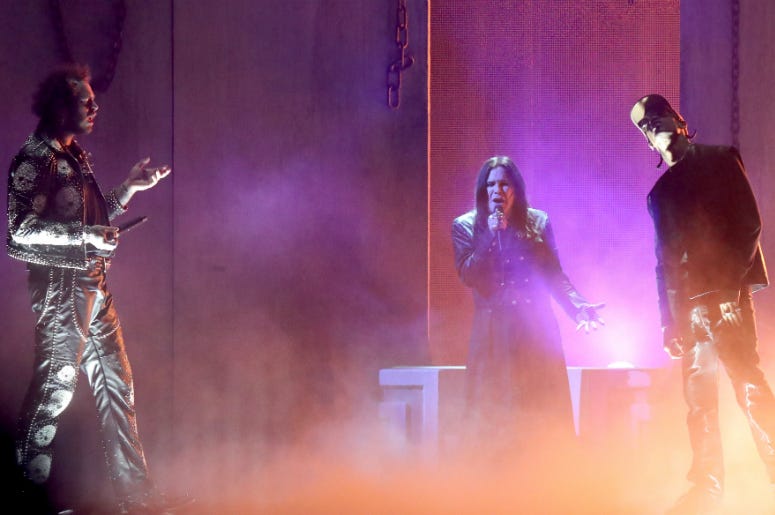 Ozzy Osbourne lurked in the background, partially shrouded in fog and seated on a gothic throne, while Post Malone and Travis Scott traded lines. Ozzy started waving his arms, pyro heating up around him, before taking his turn on the chorus of “Take What You Want.”

And thus the Prince of Darkness arose from his year-long slumber, necessitated by a string of health setbacks. The 70-year-old’s return to live performing happened on the big stage of the American Music Awards alongside the two modern superstars he shares the track with.

The TV appearance was the latest step on the road to recovery for Ozzy. He will finally resume his No More Tours 2 on May 27th in Atlanta, and his first solo album since 2010’s Scream is also on the way in 2020. The first to singles from Ordinary Man, “Under the Graveyard” and “Straight to Hell” have already been released.

Ozzy’s health challenges started more than a year ago when he developed a staph infection after hand surgery. He later developed the flu which turned into pneumonia. But the biggest scare was a face-first fall he suffered in January, which led to neck surgery. 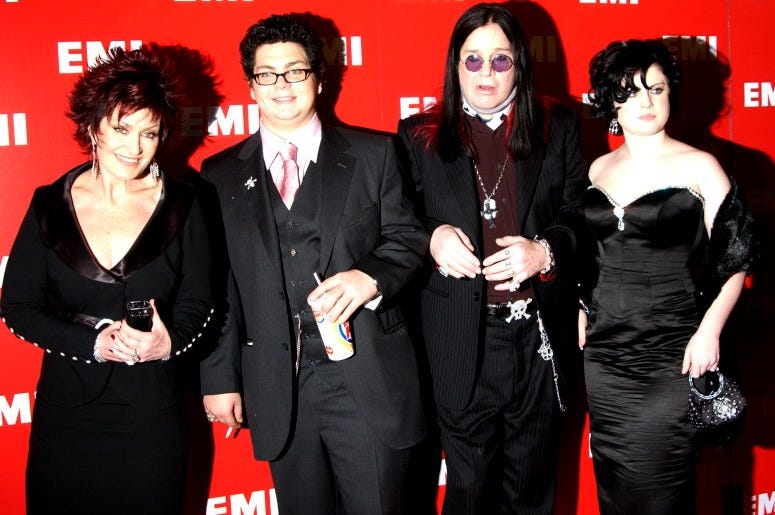