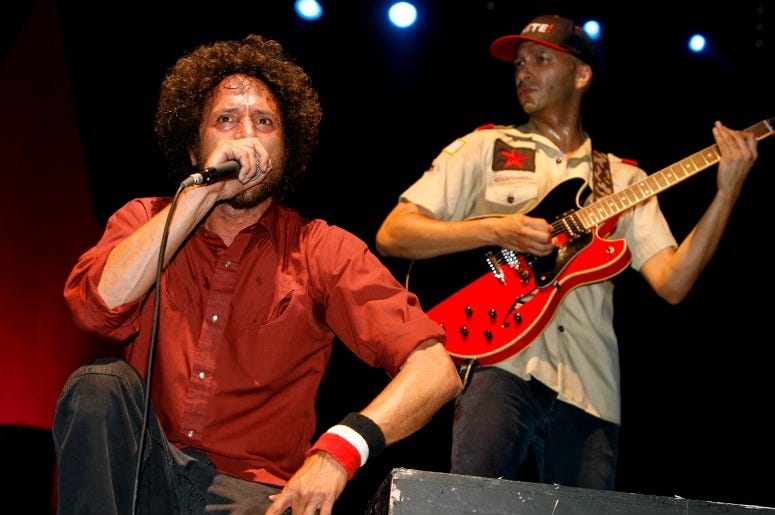 According to multiple sources, Rage Against The Machine are planning several shows for 2020, reuniting for the first time since 2011.

The “Bulls On Parade” band is set to play three shows near the US - Mexican border, in El Paso, TX, Las Cruces, NM, and Phoenix, AZ in March and will reportedly make a return to Coachella for two weekends in April.

Zack de la Rocha, Tom Morello, Brad Wilk, and Tim Commferford last performed together at their own L.A. Rising event in July of 2011. More recently, three members of the group have teamed with Chuck D of Public Enemy and B-Real of Cypress Hill for a Prophets Of Rage tour and album, without de la Rocha.

The news was first announced on an unverified Instagram account, and has since been confirmed by sources close to the band. The GRAMMY-winning group last released Renegades in 2000, shortly after their break up.

The election year shows from Rage Against The Machine serve as the second reunion in as many days, with My Chemical Romance also setting their first show in over 6 years earlier this week.