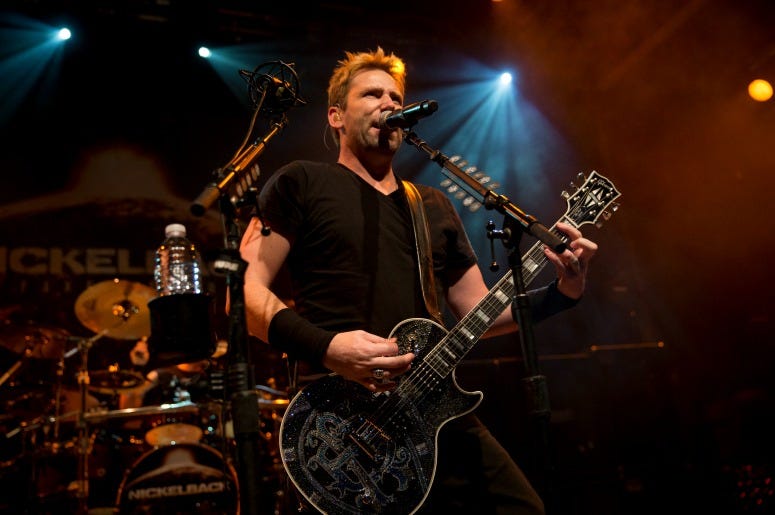 They never made it as a wise man, and certainly couldn’t cut it as a poor man stealing, but Nickelback has had quite a 2019 as a political weapon.

The much-maligned and unfairly criticized band unwillingly became the center of the impeachment inquiry against President Donald Trump on Wednesday, with Trump tweeting out a video meme of Nickelback’s 2005 hit, “Photograph.”

As Chad Kroeger reminisces about that thing that’s on “Joey’s Head” from the classic clip, the picture in the frame has been replaced by a photo of Joe Biden and his son Hunter, with a member of a Ukrainian gas company. The President tweeted out the video with an all-caps message, “LOOK AT THIS PHOTOGRAPH!”

The video has since been removed from the tweet, citing a report from the copyright owner.

LOOK AT THIS PHOTOGRAPH! pic.twitter.com/QQYTqG4KTt

Amazingly enough, this is the second time this year that the “How You Remind Me” band has been thrust into the political spotlight. In March during a debate on the House floor, Nickelback’s name was used as dig from Rep. Mark Pocan, a Democrat from Wisconsin.

Pocan claimed that only 4 of 77,000 people who agreed with a census provision was, “about the same percentage who think Nickelback is their favorite band.” Their honor was swiftly defended by Republican Representative from Illinois, Rodney Davis, who claimed the band was “one of the best bands of the 90s.”

Rodney Davis actually kept talking about his love of Nickelback for another 40 seconds or so when it was his turn to speak again. pic.twitter.com/PQQERt9d6S

There’s been a lot of shade thrown at the Canadian rockers during these two events, but it’s worth noting that the band has sold over 50 million albums worldwide, and are responsible for 6 top ten hits. There’s a reason we still talk about Nickelback, and it just might be because their songs are unforgettable. Love them or hate them, keep your hands off of their photographs.