The Glorious Sons leave no doubt about where they’re heading on the journey that is their third studio album. Frontman Brett Emmons clears his mind on the first track and empties his soul on the second, all in an effort to fill up his heart. And his bandmates help get him there by bringing a collection of infectious melodies to life.

A War on Everything starts with a bang on “Panic Attack.” Emmons screams about his struggles with anxiety by pleading, “I want to be normal, I want to be sane.” The lead single from the LP follows in the footsteps of the Canadian rockers’ breakthrough hit “S.O.S. (Sawed Off Shotgun)” - you’re forced to think while you’re singing along.

The band turns its attention to relationships on the tender title track. Much like on the second single and album closer “Pink Motel,” “A War on Everything” wants to blow up all the outside influences that can attack love: “Burn your clothes and cut your hair, baby, we can go anywhere,” Emmons sings. “You can choose, I don't care at all. Just throw your phone in the river.” 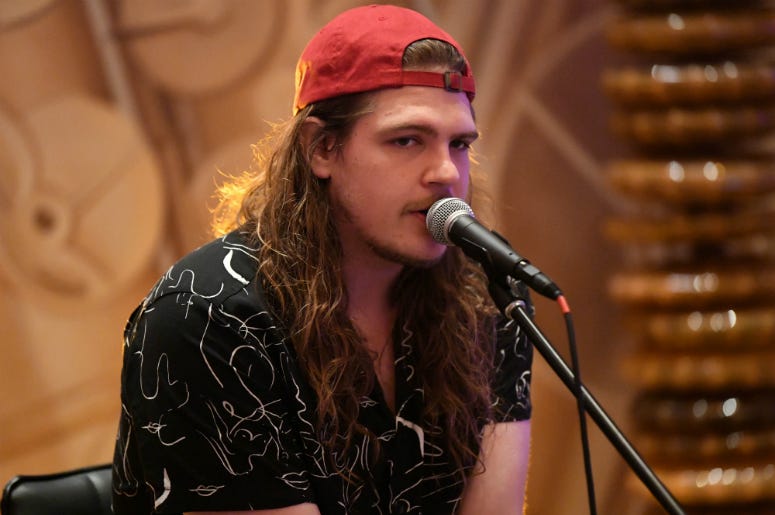 The scene is now set for the rest of the album: 14 tracks in all that continue those themes with more honest lyrics and intense playing by guitarists Jay Emmons and Chris Koster, bassist Chris Huot and drummer Adam Paquette.

Other highlights include “Closer to the Sky” with its punchy bassline, the gritty “One More Summer” and “I’m On Your Side,” which is reminiscent of early 2000s U2.

The Glorious Sons planted their flag with “S.O.S. (Sawed Off Shotgun),” but A War on Everything proves they’re still coming for more.