The Pretty Reckless are ready to get back to work after a break that lasted more than two years.

The “Heaven Knows” band has announced a spring tour that is a mix of headlining shows and festival appearances. Their first trek since 2017 begins May 5th with an intimate hometown concert at the Bowery Ballroom in New York City and runs through May 24th in Dallas. Tickets will go on sale soon and you can buy them here. 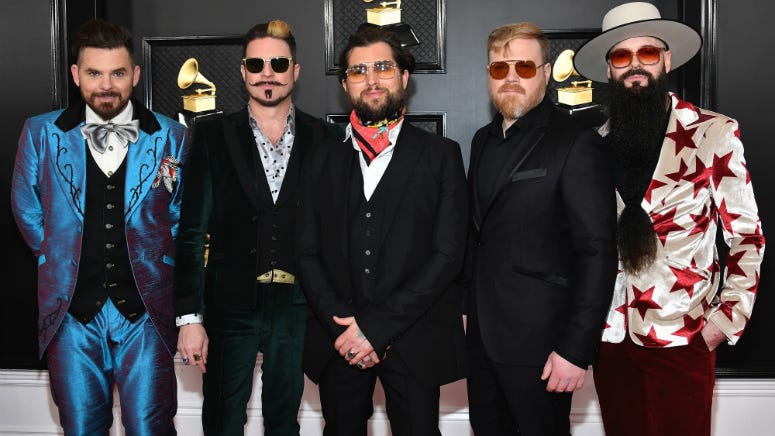 While making the tour announcement in a social media video, frontwoman Taylor Momsen also announced the band’s fourth studio album is finished and will be called Death By Rock and Roll. The LP will be the first by the Pretty Reckless since 2016’s Who You Selling For, which featured “Take Me Down” and “Back to the River.”

“It’s been a long time since we’ve been out there and we’re excited to hit the road this spring,” Momsen said. “The [new] songs are incredibly personal, but we’re ready to start sharing what we’ve been through the last couple years with the people that mean the most to us, our fans.”

After almost three long hard years, we’re finally getting back out there...

“Take Me Down” became the fourth #1 Mainstream Rock song for The Pretty Reckless, but it was followed by tragedy. The band was touring with Soundgarden at the time of Chris Cornell’s death, and their producer died in a motorcycle crash the following year.

The first hint that The Pretty Reckless were ready to make new music came last year when Momsen posted a picture of her and Pearl Jam / Soundgarden drummer Matt Cameron in the studio together with the caption: ““Wait til you hear this... #tp4 the incomparable @the mattcameron #LondonBridgeStudios #Seattle."