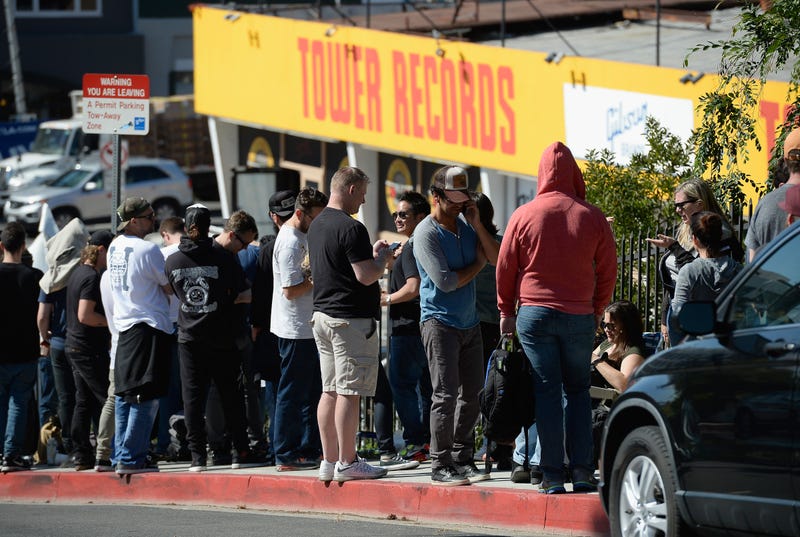 The beloved and historic music chain, Tower Records, that shuttered its doors fourteen years ago is back amidst a digital landscape and a consumer base that craves nostalgia.

The site offers a search feature so you can specifically search for all units of music from your favorite artists. For example, type in “Kacey Musgraves” and the site lists all the listening options for Musgraves. Throw in a quick “Lauryn Hill” search and Tower Records provides you with 92 listening options related to Ms. Lauryn Hill. Browsing the music purveyor’s digital shelves has never been easier, and now might we add, COVID-19 friendly.

Additionally, the site boasts a digitized version of the iconic Tower Pulse! magazine.

The Tower Record’s site was supposed to be revealed during the 2020 South by Southwest festival, however, SXSW was one of the first major events to be canceled in the wake of the pandemic. Now the site comes just in time for the holiday gift season. The launch of the site was supposedly going to coincide with Tower Record pop-up shops, however, this phase of the launch has also been put on the back burner due to COVID-19.

Russ Solomon, Tower Record’s founder passed away two years ago, however current CEO, Danny Zeijde feels that Solomon would be overjoyed to see the relaunch of the famed music chain. In a recent statement, Zeijde also shared, “[The news] has been met with tremendous success, feedback. A lot of people are so happy taking pictures of when they receive an order from Tower Records, posting it on Instagram.”

MaTower Records got its start in Sacramento, California in 1960. With wise staff on deck, a vast music catalog, and clientele such as Elton John shopping at the store, Tower Records sky-rocketed to popularity. The music chain eventually expanded into international retail, however with the advent of music streaming popping up in the mid-2000s the store was forced to file for bankruptcy. But now, with listeners turning to vinyl records again, and nostalgia sales peaking, Tower Records has reentered the modern music scene seamlessly.