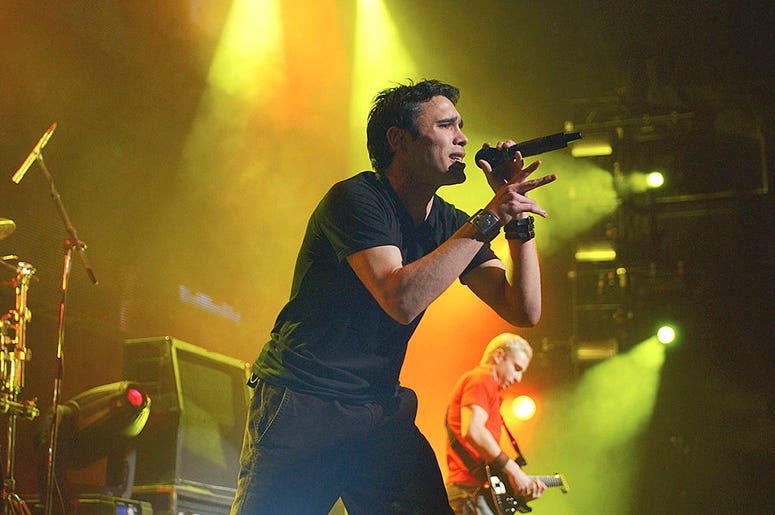 It looks like the far-right leaning social media posts from rock band TRAPT have landed them in hot water on Facebook.

Apparently, after posting a photo in support of the "Proud Boys" movement, the social giant seems to have removed their account completely from the platform. In a message posted to the band's Twitter page, an explanation was offered.

For posting this pic and saying the same thing in the post, Facebook has completely deleted the TRAPT FB account. They said don’t use the phrase “Proud Boys.” I specifically told FB trapt fans that I could not say the name. I will be suing Facebook. Was also a post about Parler https://t.co/JAyEhIPuKf

The image showing the silhouette of what looks like a "Proud Boy" cradling the Statue of Liberty, along with the words "Don’t Worry Girl, We Got You," had been flagged by users as hate speech, ultimately leading to the removal of the account.

It seems TRAPT singer Chris Taylor Brown, whose personal Instagram account was also affected, plans to sue because he believes he is being targeted unfairly.

Damn, Facebook also deleted my personal Instagram profile which I don’t post anything but pics of me & my girl😂 Wonder if they will delete my personal FB musician page too. I haven’t even used that one in a while. FB really has it out for me. Thankful for Parler @CTBTraptParler pic.twitter.com/FZM6Y9ZXQ1

Facebook has been taking unprecedented steps to limit the spread of hate speech within its environment, labeling posts as misinformation leading into, during, and in the weeks following the 2020 U.S. election while canceling accounts and groups known to enable their spread.

Although the "Proud Boys" movement has been deemed a “dangerous white supremacist group” by American intelligence officials and the Southern Poverty Law Center, Brown appears to disagree.

We need to have a talk about why you lie so much. Proud Boys are a defensive group. Those boys were out there to protect those who want to protest without being attacked. You are a moron @lukeobrien when you point out only one side is violent. We can all be violent sometimes... https://t.co/PIAPWE4W0i

In response to a Tweet from Huffington Post reporter Luke O'Brien warning his followers about the group linking to an article from Vice, Brown who manages the band's social presence said, "Proud Boys are a defensive group. Those boys were out there to protect those who want to protest without being attacked. You are a moron @lukeobrien when you point out only one side is violent. We can all be violent sometimes..."

While it is becoming clear that Facebook (and the company-owned Instagram) has had enough with the band and Brown's posts, for now you can follow along on Twitter and the new conservative-friendly social network Parler.

news
Can you take pain relievers after getting the COVID-19 vaccine?
news
Some wealthy Americans accused of getting vaccines before they're eligible
sports
Why are Patriots fans pulling for Tom Brady, but not Rob Gronkowski?
sports
Terrell Owens: 'I don’t regret anything about my career'
sports
WATCH: Yadier Molina makes pitching debut in professional game, strikes out batter