Nine Inch Nails are headed to the Rock & Roll Hall of Fame, and Trent Reznor is… pleased.

The industrial icon was a notorious detractor of the Hall for years, downplaying the organization and once saying, “I honestly couldn’t give less of a s***.” However seeing The Cure get recognized last year and taking part in their induction seems to have changed his tune, so much so that he’s “allowing himself” to enjoy Wednesday’s announcement.

After appearing on the ballot three times, the band will be a part of the class of 2020 along with Depeche Mode, The Doobie Brothers, Notorious B.I.G., Whitney Houston and T. Rex. 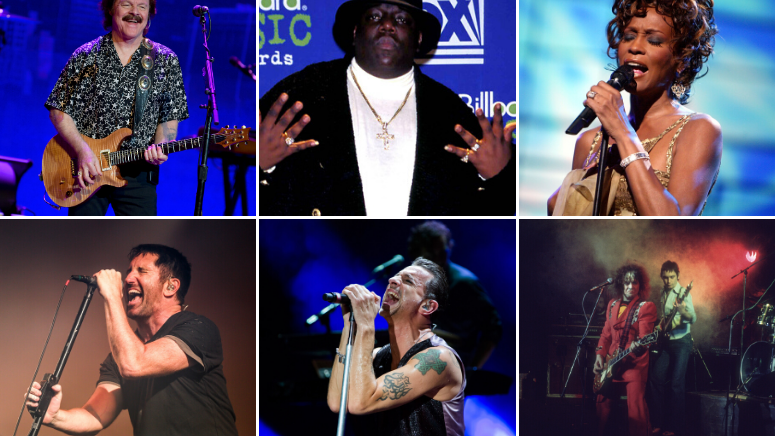 “I’m pretty freaked out,” Reznor tells Rolling Stone about the honor. “I’m quite in shock. When I look back at how Nine Inch Nails are received, it always seems like we fall between the cracks. I don’t know if it’s a defense mechanism, but I just assumed we’d stay in that category, so I’m pleasantly surprised to see us acknowledged. It feels pretty good … I’m allowing myself, for a limited period of time, to feel good about this.”

The induction ceremony will happen in Clevland, OH on May 2 and will air live on HBO.

Reznor and his NIN partner Atticus Ross are reportedly readying the band for new music in 2020, with plans to go on tour as well. This year they released three volumes of music for HBO’s Watchmen, and have also revealed that they are set to score Pixar’s upcoming film, Soul.