Foo Fighters concerts continue to be unpredictable in the best way possible. The latest example is a 5-year-old boy dancing on-stage like there’s no tomorrow.

A fan in or near the front row at Belfast Vital had his camera rolling for a pre-school moment. The description on the video says frontman Dave Grohl spotted a sign in the crowd that said it was a 5-year-old’s first concert.

Dave Grohl being Dave Grohl called the boy on-stage and encouraged him to dance along to “All My Life,” and the boy didn’t disappoint. 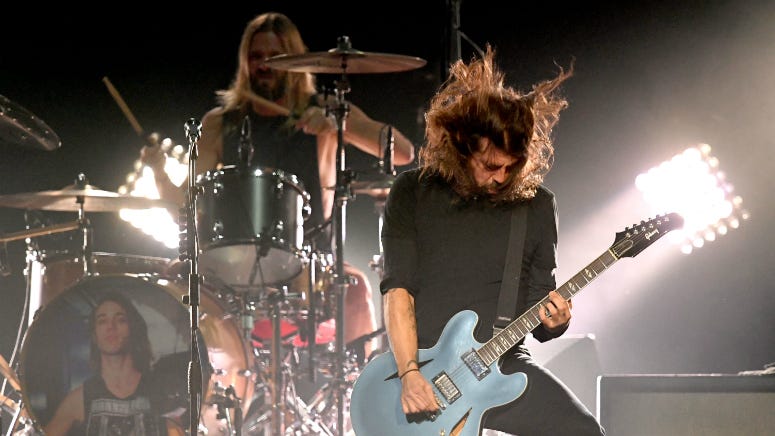 Meanwhile, Grohl is putting a halt to speculation that he will be playing on the next Queens of the Stone Age album. In an interview earlier this year, ZZ Top’s Billy Gibbons said that he had been working with Josh Homme and that Grohl was there for the sessions too, but Grohl is now telling NME not to read too much into it.

“You know what Josh and I have been doing together? Riding motorcycles and eating waffles. That’s it,” Grohl said. “Let me tell you, it’s a fun morning. We’ve done it more than a few times and it’s pretty f****** great.”

Grohl added that he wished he was, in fact, playing on the follow-up to the 2017 QOTSA album Villains, calling Homme on of his best friends. Grohl did, of course, play drums on 2013’s …Like Clockwork and more extensively on 2002’s Songs for the Deaf.