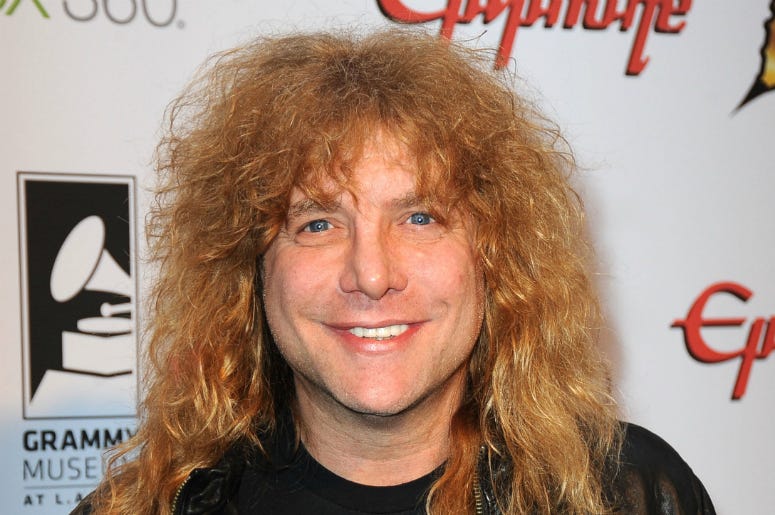 Steven Adler is looking happy and healthy in a new video posted on his facebook page. After a spokesman told TMZ that the former Guns N’ Roses drummer’s stab wound was not the result of a suicide attempt, Adler apologized for what he called media confusion.

“I'm alive and well,” Adler assured. “I'm looking forward to seeing everybody on July 12 at the Golden Nugget in Vegas and July 13 at this motorcycle rally in Oregon, which is gonna be bad to the bone. And I love everybody, and I can't wait to see and hug everybody. Thank you so much for your love and support."

Hey everybody! Hanging with Tommy Hollenstein at his art studio. Hope to see you at the upcoming shows!!!

Adler was hospitalized for a self-inflicted stab wound last week. His representative said it was an accident and that Adler’s wound was superficial. The rep also said Adler has been sober for several years, fending on speculation that he had slipped. 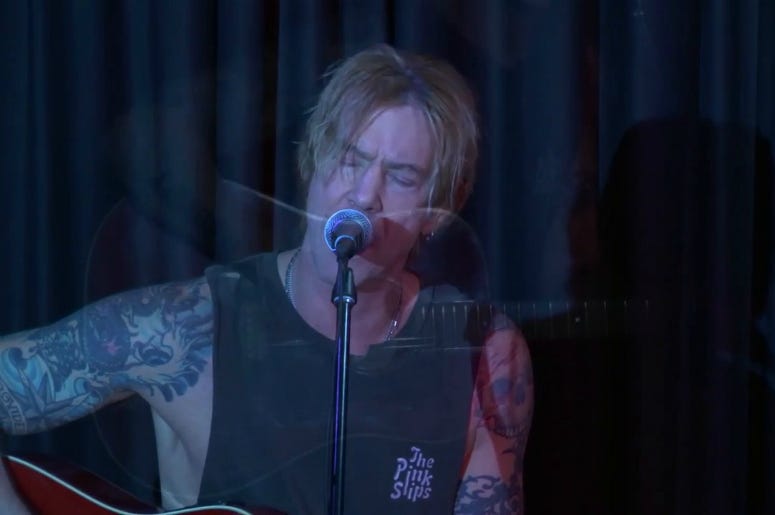 Adler was kicked out of Guns N’ Roses in 1990 - a few years after the band released their landmark debut album Appetite for Destruction. GNR attributed his firing to serious drug abuse and unreliability.

Former guitarist Izzy Stradlin has said Guns N’ Roses’ sound changed when Adler left. Neither member was a part of the band’s recent reunion tour, but both were inducted with GNR into the Rock and Roll Hall of Fame in 2012.