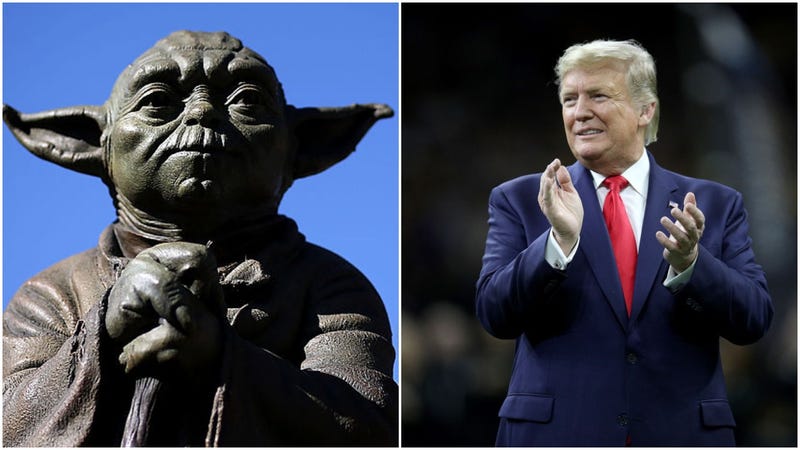 In case you had any doubt that everybody loves Baby Yoda.

Merchandise that uses the likeness of the "Mandalorian" cutie was spotted at a campaign rally that President Donald Trump held on Tuesday night at the University of Wisconsin-Milwaukee’s Panther Arena.

The green t-shirt featured a line drawing of the "Mandalorian" character with the phrase "Great America Keep," a nod to the Jedi's master's idiosyncratic sentence formation.

Steakin revealed that the vendor said that the merchandise was “not selling as good as [he] thought it would.”

All throughout Twitter, some were not happy to see that Baby Yoda was being used politically.

One Twitter user wrote, “Do they know he doesn’t speak.” Another commented with a Star Wars reference and said, “Well he went to the dark side fast.”

Well he went to the dark side fast.

But other users expressed interest in getting their hands on the politically-themed take on Baby Yoda.

On social media, someone commented on the post and said, "That shirt, want I do."

That shirt, want I do. pic.twitter.com/E8v925Apgu

Of course this isn't the first time brands have wanted to ride the popularity of the adorable green character.

Build-A-Bear announced that customers will soon be able to build their own Baby Yoda plush dolls.

"I'm excited to share we will be one of the first companies to provide the digital and internet phenomenon who is trending higher than all the presidential candidates combined,” Build-A-Bear CEO Sharon Price John said, per Business Insider, during a presentation on Tuesday at the ICR Conference in Orlando, Florida while holding up a Baby Yoda stuffed bear. 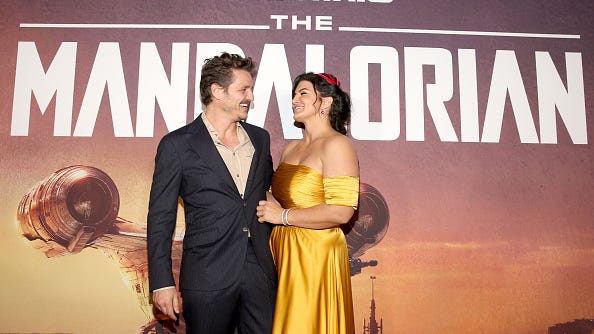 "We now will have The Child, also known as Baby Yoda,” she enthusiastically shared adding that the plush will be available in Build-A-Bear stores in the next few months.

In late December, show creator Jon Favreau revealed that the show was renewed for a second season.

"Season 2 of #TheMandalorian coming Fall 2020," Favreau captioned a tweet featuring a picture of a Gamorrean figurine, a “Star Wars” species not featured in the first season.