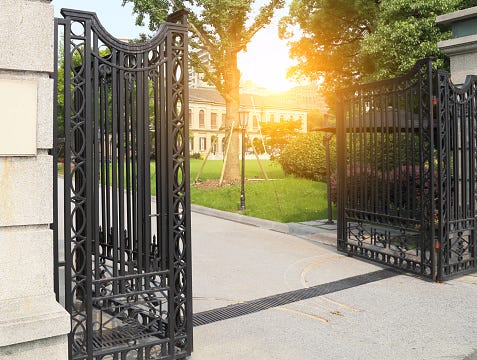 The “Beverly Hillbillies” are moving on up!

The mansion from the opening credits of the iconic ‘60s television series has been sold for roughly $150 million, according to the LA Times.

Some know it as 'The Beverly Hillbillies' mansion, others Chartwell. Now, this California chart-topper is selling for a record $150 million. https://t.co/jr9h8pZ1t5

Located in the exclusive Bel-Air area of Los Angeles, the massive deal makes it the most expensive home ever sold in the entire state of California.

The estate also includes the former home of President Ronald Regan and Nancy Reagan, which sits directly behind the main house.

Chartwell was last owned by late billionaire A. Jerrold Perenchio, who was the CEO of Univision. The estate was initially put it on the market for a whopping $350 million before getting slashed to a reasonable $195 million earlier this year.

It sold to another billionaire mogul, News Corp. co-chairman Lachlan Murdoch. The 48-year-old is the son of media tycoon Rupert Murdoch.

The exorbitant sale does have its downsides. According to The Wrap, the home has not been renovated since the ‘80s and comes with a $1.3 million annual tax bill.

The estate was featured as the home of the newly rich Clampett family on the CBS sitcom “The Beverly Hillbillies,” which aired from 1962- 1971.

Earlier this year another house in the same neighborhood sold for a nearly similar insane amount, when late TV titan Aaron Spelling’s former estate, The Manor, went for roughly $120 million.