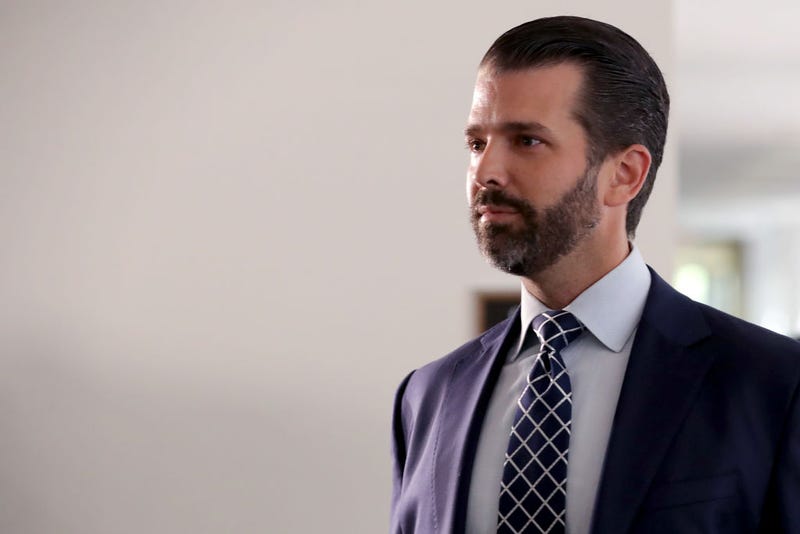 Donald Trump Jr. and "The View" hosts found themselves in a heated exchange during the show that aired on Thursday.

During the episode, things got awkward for both Whoopi Goldberg and Trump Jr. after the president's oldest son brought up comments Goldberg made about director Roman Polanski.

This all started after one of the co-hosts Joy Behar question President Trump's character and spoke on his attacks on this critics. Trump Jr. fired back and said, “We’ve all done things we regret.”

He then brought up a time when Behar wore "blackface" and another incident which Goldberg had "defended" Polanski. “I mean if we’re talking about bringing the discourse down, Joy you’ve worn blackface [and] Whoopi you’ve said Roman Polanski [that] it wasn’t rape - rape when he raped a child,” Trump Jr. said

Behar immediately responded to his comments and said, "No, I have not!" “I did not wear blackface please," Behar said.

Goldberg defended Behar and said “No, she was not in blackface. Being black I recognize blackface, this I can say."

“Now that you’ve broken this piece of ice because I guess this is the fight you wanted,” Goldberg said. She asked, "Are you questioning my character?”

“I simply said that when talking about your father has taken more heat than anybody else that is not so,” Goldberg said.

Trump Jr. posted a link on Twitter to an article published on a conservative news media outlet identifying a CIA analyst as being behind the whole investigation. He claimed as a "private citizen," he is not breaking any laws by releasing the name.

“I didn’t even realize that this thing is some sort of big secret,” Trump Jr. claimed. “I think the reality of the answer is the whistle-blower’s name was on a little website called the Drudge Report a couple of days ago. I literally quote-tweeted an article that had the guy’s name in the title of the article," he added.

The hosts of The View are lying about the whistleblower statute.

Here's the statute that proves it's only a crime for the IG to release the name of the whistleblower. Totally legitimate & legal for members of the media & private citizens to name him.https://t.co/M2DefCURRF

The White House reported that President Trump did not see any of Trump Jr.'s tweets on his Twitter account.