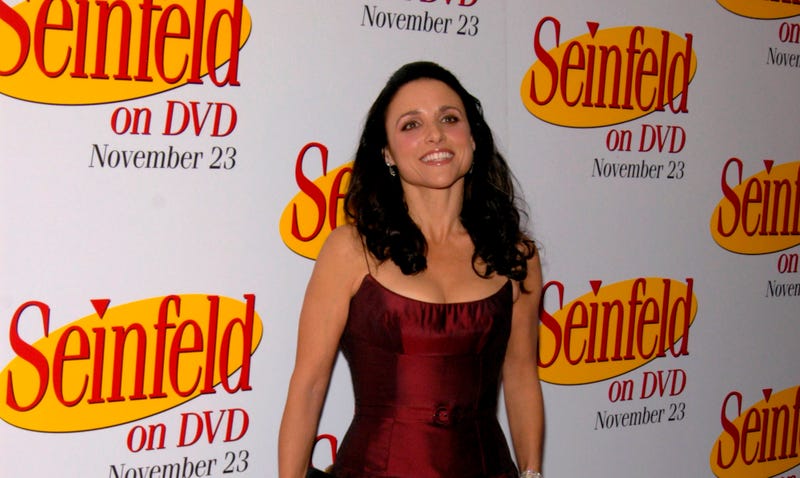 Elaine has square feet to spare.

“Seinfeld” fans and 90s nuts with a small fortune are in luck. The New York City townhouse used for exterior shots of Elaine Benes’ apartment building in “Seinfeld” is up for sale, CNN reports.

The six-bedroom, 4.730 sq. ft. townhouse is located in the Chelsea neighborhood of Manhattan.

The New York townhouse used as the exterior shot of Elaine Benes' apartment building from the show "Seinfeld" is up for sale and it could be yours -- for the low, low price of $8.65 million.https://t.co/habOoOO0M0

The home is larger than the modest bachelorette pad lived in by Elaine, played by Emmy winner and buzz queen Julia Louis-Dreyfus.

The five-story townhome features four fireplaces, a garden with a fountain and a pond, as well as a fully-equipped chef’s kitchen.

The market in Manhattan is not what it was in the 90s. The property will run buyers a cool $8.65 million.

The Sotheby’s listing for the building boasts its proximity to some of Manhattan’s biggest west side destinations.

“Moments away from the acclaimed Avenues School, Chelsea Piers, Chelsea Market, the Highline, Hudson Yards as well as countless restaurants, galleries and parks, 408 West 20th Street is a special offering and proof that you can have it all,” the posting says.

For fans who can’t swing the price of this nostalgic memorabilia -- don’t fret. Back in September, Netflix announced that “Seinfeld” will be available to stream in 2021.