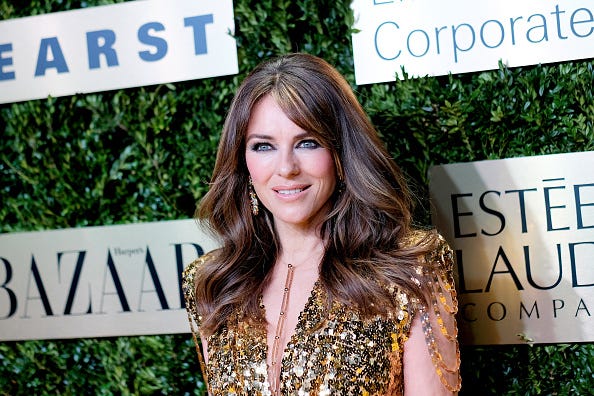 Elizabeth Hurley is a lady that kisses and tells.

The actress and model stopped by “Watch What Happens Live with Andy Cohen” and revealed who her favorite on-screen liplock was.

"Best? So many!," Hurley admitted before settling on Matthew McConaughey, her co-star in the 1999 rom-com “EDtv.”

“It was a movie called “EDtv,” which was by Ron Howard. We did a lot of kissing in it,” Hurley continued.

McConaughey stars as Ed Pekurny, a laid-back everyday video store clerk who becomes an overnight celebrity after his life gets broadcast on television and leads him to Hurley’s character, who is a famous model and actress.

But if there’s a best, there must be a worst.

Hurley agreed to reveal her worst on-screen kisser, though she never revealed his identity simply saying he was a “German actor I did a movie with."

"We hated each other," she admitted. "We had to have sort of a sexy scene and we had to do a lot of snogging. I didn't like it. Horrible."

Hurley has smooched plenty of actors as her career spans decades and includes hits like “Austin Powers,” “Bedazzled,” and most recently for her role as Queen Helena on E!’s scripted series, “The Royals.”

The series was prematurely canceled after 25 employees accused creator Mark Schwahn, who is also responsible for the WB “One Tree Hill,” of “reprehensible behavior.”

"We didn't expect it to end," Hurley said of the series. "I think everyone thought there'd definitely be a fifth season. So I think the story lines weren't really finished properly.”