What would you do if you spotted a shirtless Jason Momoa on the side of the road?

Most people likely wouldn’t leave him stranded, but that’s exactly what Fortune Feimster did when she saw him while driving across the desert.

During an appearance on Friday’s episode of “The Kelly Clarkson Show,” “The Mindy Project” alum recalled noticing the actor after his car broke down in the “middle of nowhere.”

"There's a prison and that's it," she said, adding, "And I see this super-buff dude, he’s got a man-bun, he’s shirtless, and he has these crazy black-and-white striped pants on. I'm like, 'Did some hot guy escape from prison? What's happening?' "

Feimster said she couldn’t see Momoa’s face, but she was confident it was him.

She recalled looking at her partner, Jacquelyn Smith, and saying: "'Man-bun, shirtless, ripped, crazy pants. I think that was Jason Momoa.'”

After a brief glance at his Instagram Stories, she realized she was right.

"Well, sitting out on the side of the road, broken down, listening to Colter," Momoa said in a clip before revealing his car troubles. He later added that he was having an issue with the “radiator.”

Feimster said she got a lot of responses on her social media for blowing past the “Aquaman” star. 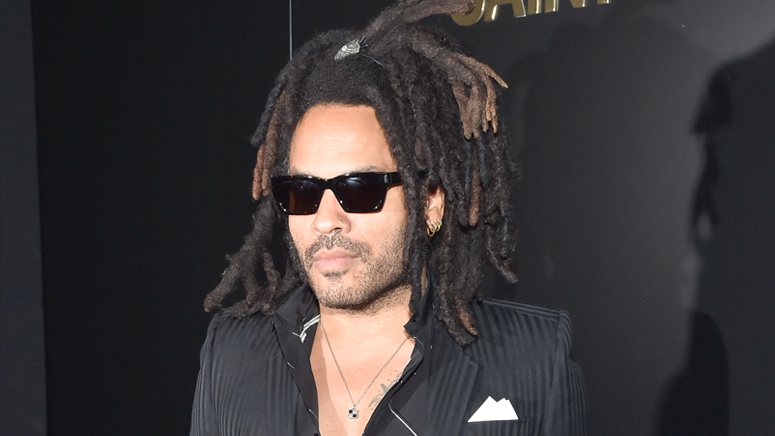 Lenny Kravitz, shirtless and sharing how he 'Let Love Rule' with Jason Momoa

"Every straight woman alive was like, 'Why didn't you stop?!' And I'm like, 'What am I gonna do for Jason Momoa? Like, spit in his gas tank and make his van start?' I can't help him out," she explained to the talk show host. "He was fine. He was on the road like 30 minutes later."

"But I, ladies, spotted Jason Momoa from just his body," Feimster said jokingly, adding, "It was a Momoa Mirage."

In August, the “Game of Thrones” star bared his muscular physique to celebrate his 41st birthday.

The series of snaps were taken as he was getting hosed down after riding a dune buggy and getting covered in mud.