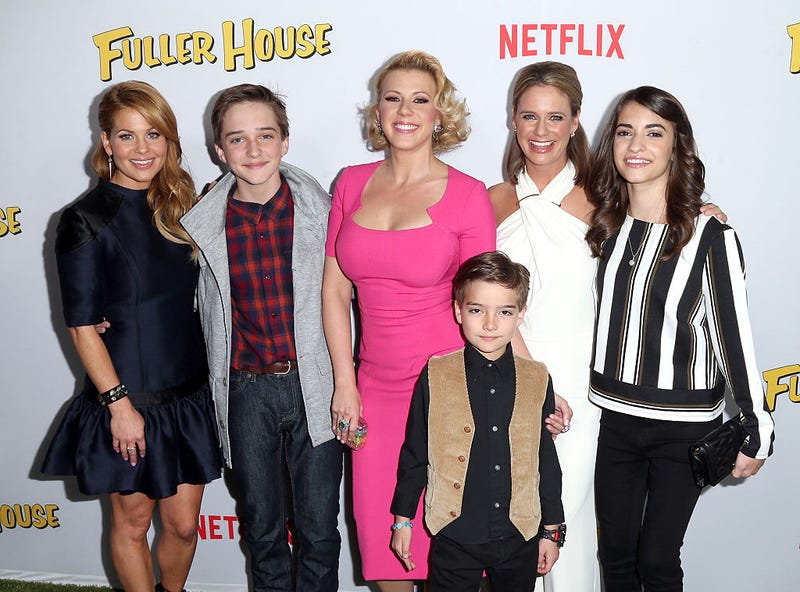 The family of "Fuller House" just had to say goodbye to a special member of their crew.

Cosmo, the family dog of the Netflix series has passed away. The pup was the show's golden retriever, and members of the series just released a statement notifying fans about the terrible news.

We're sad to share that the Fullers' faithful dog Cosmo, who grew up on our set, passed away after complications from surgery. There will never be another quite like our boy. 💛 We'll miss him forever. pic.twitter.com/yVjkJONdQ9

The statement read, "We're sad to share that the Fullers' faithful dog Cosmo, who grew up on our set, passed away after complications from surgery. There will never be another quite like our boy. We'll miss him forever."

"Our sweet boy Cosmo is now running around in doggie heaven." As Candace Bure wrote that in the caption, she also mentioned the 'Full House' dog Comet. "I imagine he’s playing with Comet right now. Cosmo has been in Fuller House since the start and we are heartbroken that he passed away during surgery complications. You’ll be so missed love bug."

Elias Harger, who played Max on the show, posted an emotional video about his friend. Harger revealed that both him and Cosmo shared their first scene together in the series. He posted the video and captioned it, "I lost my buddy."

Cosmo joined the cast in 2016 when the show was rebooted, according to TODAY. During the past several years, fans had the opportunity to see him as an adorable puppy to a grown golden retriever.

Fans will get one last opportunity to say goodbye to the fellow pup. Part two of the series final season on Netflix begins airing in early 2020.

"Fuller House" wrapped production on the series on Friday, Nov. 15, and it was an emotional experience for the cast, some of whom have been bringing these characters to life since "Full House’s" first run in 1987.