Ever since Ken Jennings broke “Jeopardy!” right after producers lifted the five-game cap on win streaks, the show has seen many champions rise and fall, all attempting to beat Jennings’ monolithic record.

These new competitors come with their own signature styles, their own strategies, and their own particular topic strengths and weaknesses. And no matter how much they win, they’re a thrill to watch. 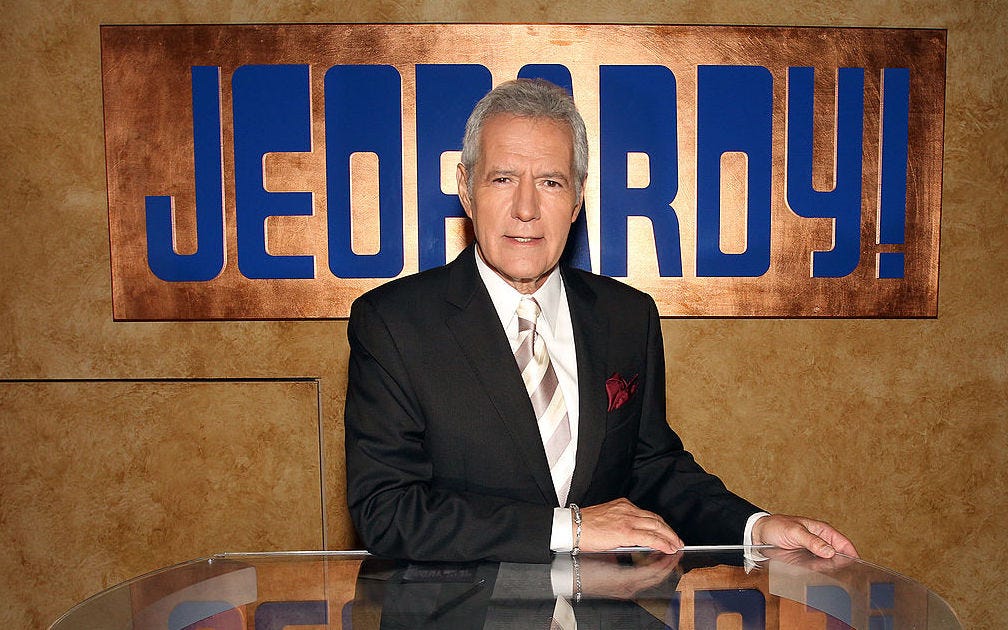 'Jeopardy!' Served Up a Question That No One Knew the Answer To

Here, in order of total earnings, are the most successful “Jeopardy!” champs of all time.

Note: For consistency, total winnings are calculated only from regular season shows, not including the Tournament of Champions.

Total winnings: $411,000
Consecutive wins: 12
While he may not be at the tippy top of the leaderboard, Austin Rogers certainly won America’s hearts with his antics, bartending career, and casual approach to interactions with Alex Trebek. The New Yorker racked up $400,000 over an impressive 12-day streak, which is a heck of a lot more than an average night of bar tips.

Total winnings: $411,612
Consecutive wins: 13
Ever so slightly beating out Rogers for the number six spot, with a few more dollars and just a day extra on his streak, Matt Jackson was quick on the buzzer (and on the next question, sometimes talking over Trebek to get there). Jackson arrived on the “Jeopardy!” stage in 2014, the same year he graduated from Yale, and his winnings probably went a long way on his college loans.

Total winnings: $428,100
Consecutive wins: 20
Coming in at number five, the Illinois-native earned an impressive $428,000 during her 2014 appearance on the show. Ironically, Collins earned only $1,000 on her last appearance after betting big and missing on Final Jeopardy. But weeks of flawless wins put her among the handful of top earners in the history of the show.

Total winnings: $430,400
Consecutive wins: 19
It makes sense that Madden would do well on “Jeopardy!” Since his champion run he has shown a real fondness for games and trivia, launching a number of academic competitions, including the National History Bee and Bowl, the United States Geography Olympiad, and the National Science Bee, helping engage elementary and high school students who may one day surpass his winning streak -- if they can earn over $430,000 that is.

Total winnings: $532,496
Consecutive wins: 19
Half a million dollars isn’t a bad reward for a few days spent on the “Jeopardy!” stage. The New Mexico math teacher took cues from the number two top earner below, picking off high-value clues to quickly steamroll all opponents who were unlucky enough to face him. Whether he was playing fast or slow, though, Zuffranieri powered his way onto the top-three podium.

Total winnings: $2,462,216
Consecutive wins: 32
Holzhauer had the greatest shot at shattering Jennings’ record and he earned nearly as much as the champ of champs in just 32 games, thanks to his unique strategy to target high-value clues and “go all in” on every Daily Double. While “Jeopardy James” didn’t quite edge out Jennings for total winnings, he does hold the title for highest single-game win, walking away with $131,127 in a single episode.

Total winnings: $2,520,700
Consecutive wins: 74
No player has yet to topple king Ken from his perch at the top of the leaderboard. Jennings’ blazing performance in 2004 upended the very logistics of the show, redefining “Jeopardy!” for the modern era. There’s simply never been a player like Ken Jennings, and never been an earner like him either.