What ever happened to the cast of “Full House?"

Those with Netflix accounts know that many of the actors went on to star in the equally as cheesy reboot, “Fuller House,” which wrapped up its five season run in June 2020.

After premiering in 1987, it became one of the most successful TV sitcoms of all time thanks to the relatable Tanner family – Uncle Jesse and Joey included – and their quirky zingers.

We’re catching up with the cast to see what they’re up to 33 years after the show hit the airwaves.

First date night out in a very long time socially distanced and safe with my beautiful wife @eattravelrock (legal name). Felt good to get out and better to get back home too. 😷❤️😷

After playing the notorious clean-freak, Danny Tanner, Saget went on to become a Grammy-nominated stand up comedian with his special “That’s What I’m Talking About.” He also voiced the future Ted Mosby on “How I Met Your Mother.”

Saget got engaged to TV host Kelly Rizzo in Novemebr 2017; the couple wed in October 2018.

His last role was reprising Danny on “Fuller House.”

They made these cute custom ornaments for the show tonight with the names of the new Christmas movies we’re previewing ✨ You could say, they’re not regular ornaments ... they’re cool ornaments 🎄😉 Spreading some holiday cheer at 11pm/10c for The 2020 Countdown to Christmas Preview Special only on @hallmarkchannel

Cameron Bure boasts a colorful resume. She's best known as the Queen of Christmas having starred in several Hallmark holiday movies throughout the years.

She had a brief tenure as co-host on ABC’s “The View," competed on season 18 of “Dancing with the Stars” and finished in 3rd place, wrote four books, and launched the “Love Over All" lifestyle apparel and product line with DaySpring, a Hallmark company.

For more than 20 years, she's been married to Valeri Bure. The couple shares 3 children: Natasha, Lev, and Maksim.

Fatherhood is the best thing to ever happen to me. In honor of my father and all the dads out there I’m happy we’re making these ‘A Father’s Love’ @st.amosjewelry bracelets available at @mysaintmyhero Link in Bio. Order now for delivery by Father’s Day. 100% of Stamos family proceeds benefits @childhelp

The man behind the hunky heartthrob went on to have a successful career in television. Some of his most notable roles included shows like “Grandfathered,” “Glee,” “YOU,” and “Scream Queens.”

In 2019, Stamos appeared in ABC’s “The Little Mermaid Live!” as Chef Louis. He also reprised his role as Uncle Jesse in the Netflix reboot making several appearances while also serving as producer.

Stamos welcomed his first child, a son named Billy, with Caitlyn McHugh in April 2018. The duo wed in February 2019.

@Posted @withregram • @neverthoughtidsaythis I can’t believe I didn’t post this picture of me and the girls on Beatrix’s 10th Birthday!! Oh wait... yes. I can. Because I was told I was NOT to post a picture of Zoie (despite her looking great in this pic!) because “Oh my God mom, DONT🙄🙄!!” Welp... guess what?! I’m mom. So... I get the power of posting!! Hahahaha! (I also included a great one of Zoie doing her best “blue steel”. It’s pretty amazing. Sorry, kiddo. 🤷‍♀️ #ew,mom #illpostwhatiwantchild #yupshesgonnahatemeforsure #suchagreatpicthough #keepkillingtheparentinggame #andnotyourkids #andposttheirpicture

Best known for playing middle-child Stephanie Tanner, Sweetin hit a bit of a rough patch after the show ended as she struggled with alcoholism, which led to substance abuse. She detailed her experiences as a recovering addict in her book titled "UnSweetined: A Memoir."

She played an exaggerated version of herself on “Hollywood Darlings," competed on season 22 of “Dancing With the Stars,” and starred in several Hallmark Christmas movies.

She went on to reprise her role as Stephanie in the Netflix “Fuller House” reboot.

She is a mom to two daughters from previous relationships.

TGIF. Nothin’ fishy...just want to lure you in to the weekend. What’s everyone up to? Publication: @puremichigan Photo: @melissacoulier #cutitout

Known for his signature voices, it’s not surprising that Coulier became a voice actor lending his vocals to shows like “Robot Chicken,” “Teen Titans,” and “American Dad.”

He made a few guest-star appearances on shows like "How I Met Your Mother" and "Dollface," and pursued stand-up comedy.

Coulier not only reprised the role of Uncle Joey on “Fuller House," but he directed six episodes.

In his downtime, he spends time with his wife, Melissa Bring, and raises his son, Luc Coulier, whom he shares with ex-wife Jayne Modean. Loughlin had a budding acting career following “Full House.” She snagged a lead role as Ava Gregory in the WB’s “Summerland” and appeared as Debbie Wilson on “90210.”

She starred on Hallmark Channel’s “When Calls the Heart” from 2014 to 2019 before being terminated and written off after making headlines for her involvement in the college admissions scandal.

Loughlin also reprised her role as Aunt Becky on the Netflix “Fuller House” reboot, but she did not appear in the final season due to the ongoing scandal.

Along with her husband, Mossimo Giannulli, Loughlin was accused of paying $500,000 to enroll both of her daughters into the University of Southern California as rowing recruits.

She plead guilty in May 2020 and was sentenced to two months in prison in August. 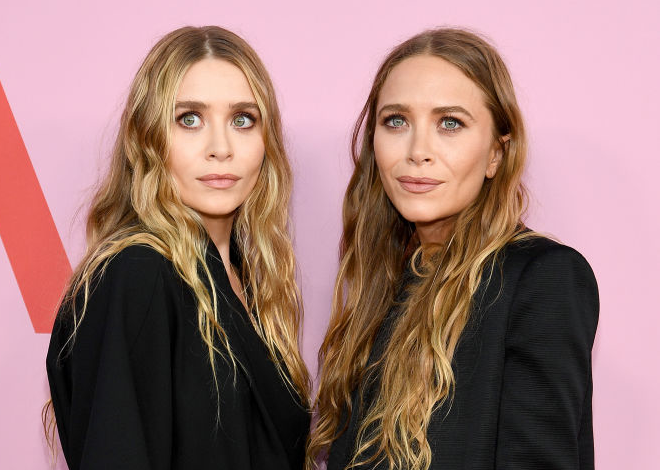 The Olsen twins grew up in the spotlight having been cast when they were just toddlers.

Following “Full House,” they launched a whole movie career with hits like "So Little Time," "Holiday in the Sun," and "New York Minute."

However, they retired from acting in 2011 to focus on their fashion lines, Elizabeth and James and The Row. They both turned down the opportunity to reprise the role of Michelle in the Netflix reboot.

Mary-Kate wed French banker Olivier Sarkozy in 2015, but the couple split in May 2020.

Because the first thing @bobsaget said to me this morning was “You didn’t wish me a happy birthday.” 🙈 So here is my public apology and groveling - I love you, Bob, more than words can say! So happy we are reunited again. ☺️🎉🎈

Barber stepped away from the limelight following the end of “Full House.” She pursued an English degree from Whittier College and interned at the United Nations in Switzerland.

When Netflix picked up “Fuller House,” she agreed to reprise her role as the quirky next door neighbor, Kimmy Gibbler.

Cheers to the soon-to-be Mr. and Mrs. Steejay 4ever 💘 4 more days until the new episodes are all yours!! @fullerhouse @netflixfamily #fullerhouse

After wrapping up his role as a 90s heartthrob, Weinger voiced Aladdin in the 1992 hit Disney film.

He began working behind-the-scenes writing and producing for shows like “90210,” “The Neighbors,” and “Black-ish.”

He reprised his role as Steve, DJ’s high school sweetheart, for the Netflix reboot.

Blake and Dylan Tuomy-Wilhoit as Nicky and Alex Katsopolis

Blake and Dylan were just toddlers when they appeared on “Full House” as Uncle Jesse and Aunt Becky’s twin boys.

While they no longer act, they’re still in the industry. Both Blake and Dylan are foley mixers, however, IMDB notes Dylan's resume includes shows and movies including “Furious 7,” “Lovecraft Country,” and “Game of Thrones.”

The duo reprised their roles as Nicky and Alex in two episodes of the revival’s early seasons.