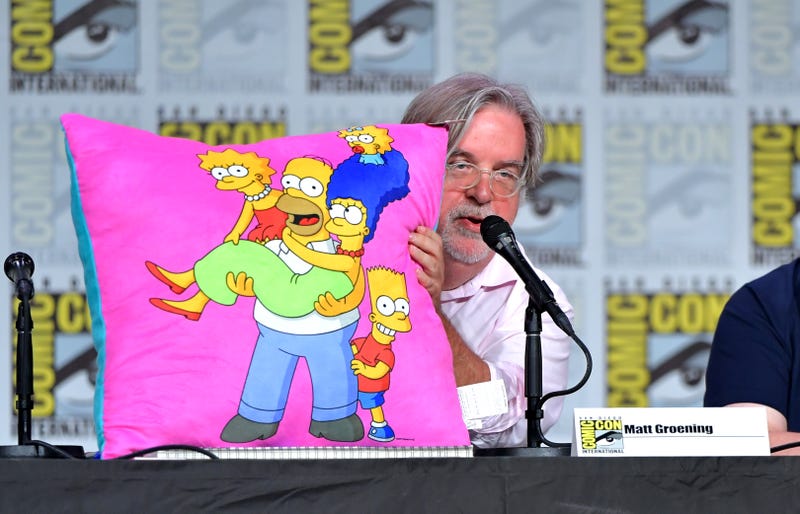 “Simpsons” fans everywhere are having a cow, man. The show celebrated its 30th anniversary in 2019.

It didn’t take long after “The Simpsons” premiered on Dec. 17, 1989 for viewers to welcome Springfield’s (er, we still don’t know what state) first family into their homes.

Thirty years in, 672 episodes deep, and with a movie and a whole lot of merch under its belt, the show is still going strong.

While Homer, Marge, Bart, Lisa and Maggie are at the center of the chaos, there’s a full cast of characters that make “The Simpsons” the weird, strange and hilarious world that it is.

Here’s a look at some of the show’s best supporting characters.

Ralph isn’t the brightest tool in the shed, which happens to be the reason that his random, out-of-nowhere lines are some of the best moments on the show. The son of Chief Wiggum, Ralph is Lisa’s classmate. And while his one-liners usually exist in their own vacuum, a Ralph storyline can tug on your heartstrings just as good as any, like in this classic Choo-Choo-Choose You episode.

If “Simpsons” was Shakespeare, Lenny and Carl would be the bantering guards between scenes, commenting on what’s going on, accepting their lot, but not getting too involved. Weaving in and out of the show, the duo is usually a package deal (we all know those two guys IRL who are friends and whose names we sometimes mistake for each other’s). Watch Homer get FOMO in this clip and stalk Lenny and Carl to discover that they’re members of the secret brotherhood, the Stonecutters.

Say what you will about Moe, but Moe’s Tavern is a bastion of the community. One of the biggest sleazebags in Springfield, Moe is also harmless. The watering-hole proprietor has had some classic moments over the years. At first just the target of Bart’s unceasing prank calls, his sleaziness reached new depths over the years, from being in love with Marge, to landing a soap opera role after a face surgery made him beautiful, to using a rope for a belt.

Krusty is Springfield’s biggest man in showbiz. So it’s no surprise that he succumbs to literally every trapping of fame. Kids love him, he’s completely reckless with his money, and completely shameless about putting his name or face on anything to pick up a buck, including the clown college where Homie became licensed to be a Krusty impersonator.

Mr. Burns is about as cold, cutthroat, and out of touch as a wealthy businessman can get. Excellent. He talks in archaic phrases from a bygone era, and despite his riches, he is still an old and weak human man. Which gives his uncaringness a hilarious comic edge. Enjoy the classic See My Vest song.

Chief Wiggum represents the very thin blue line between the people of Springfield and its criminals. Oblivious, ineffective and easily distracted, Chief Wiggum is a robbery victim’s worst nightmare. And as the father of Ralph, let’s just say the apple doesn’t fall too far from the tree.

Troy McClure is a relic of the golden age of Hollywood, a Charlton Heston type who gets active in educational videos, advertisements, and other weird bits of media. McClure’s appearances are some of the most joke-dense moments on the series. And obviously, much is owed to that voice, provided by the late Phil Hartman (who also voiced Springfield sketchball lawyer Troy McClure).

Poor Skinner. Seymour is the show’s principal pushover: his nemesis is Bart, he’s afraid to stand up to his mother, and he is commonly belittled by his boss, Superintendent Chalmers. Watch this clip of Skinner inviting Chalmers over to dinner, in one of the show’s best and most bizarre moments.