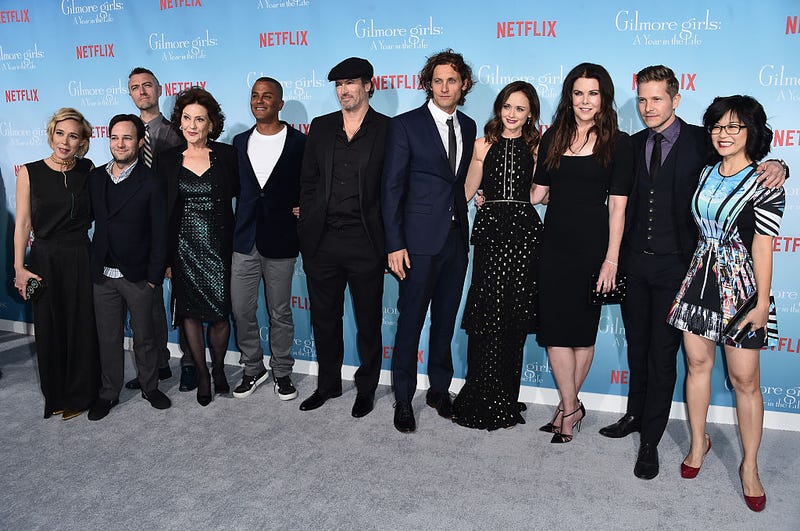 “Gilmore Girls” aficionados will soon be able to break bread as if they were Lorelai and Rory.

Warner Bros. will give fans the opportunity to have lunch at the home of the show’s characters portrayed by Lauren Graham and Alexis Bledel as part of their studio tour during the holiday season, reported “Today.”

From December 21st to January 5th, you can visit the show’s fictional locale of Stars Hollow, Connecticut by strolling through the town square and snapping pics alongside the show’s iconic gazebo.

Along with Lorelai’s house, exterior sets of Luke’s Diner and Stars Hollow High School will be decorated in classic holiday lights to make your Instagram pics as festive as possible.

The attractions are included in all three tours that the studio offers, so you do not need a special ticket to channel your inner Rory. Prices range between $57 - $69 per ticket and are available on the Warner Bros. website.

Unfortunately, if you decide to enjoy the “Gilmore Girls” lunch you’ll have to pay extra as the meal is not included with the price of admission.

It's like this town was constructed entirely in a snow globe.

Food options available will include basics like pizza and burgers, in addition to more traditional holiday fare such as oven-roasted turkey breast with cranberry-shallot sauce.

Premiering in 2000 on the WB, “Gilmore Girls” ran for seven seasons before signing off in 2007 on The CW.

In 2016, Netflix rebooted the cult classic for a special four-episode miniseries entitled “Gilmore Girls: A Year in the Life.”

Fans who can’t make the “Gilmore Girls” holiday extravaganza, might want to head to Warner Bros. in November, as the studio is offering a special “Friends”-themed Thanksgiving tour complete with turkey and all the fixings.