Game shows are helping Americans pass the time amid the coronavirus pandemic.

With millions of people across the country on mandated lockdowns, many are turning to the comforts of daytime television for some much needed relief.

One of the shows to hit a major milestone is “Let’s Make a Deal,” which attracted more viewers than ever before.

According to Nielsen, 4.29 million viewers tuned in for the week ending March 27th, which is its largest viewership since the classic game show was revived 11 years ago with host Wayne Brady, reported Time.

Last week, #LMAD had the most viewers in the show's history! Thanks for staying home with us! 💙 pic.twitter.com/JcczrhhFWR

Fellow daytime gamer “The Price Is Right” also saw a surge in viewership as it garnered its highest ratings in over 4 years, with over 5.62 million viewers tuning in the last week.

Like most television shows, both “Let’s Make a Deal” and “The Price Is Right” have suspended production amid the spread of coronavirus.

As of now, “The Price Is Right” plans to resume taping on May 11th, but that is subject to change in accordance with California's stay-at-home order.

While it’s unclear when “Let’s Make a Deal” will return, Wayne Brady recently gave an update about his unconventional situation in quarantine. 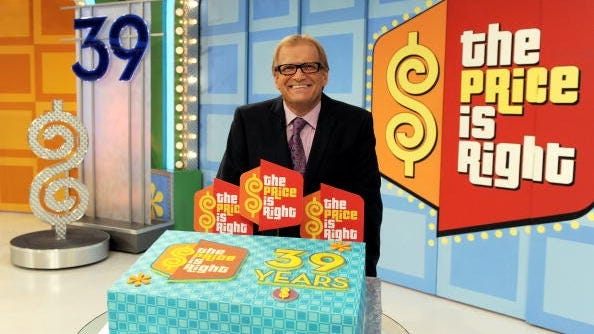 The 47-year-old disclosed he is self-isolating with his 17-year-old daughter Maile, ex-wife Mandie Taketa and her boyfriend.

“My ex-wife Mandie and I, we have a different and very special situation than a lot of people who co-parent,” Brady told “Access Hollywood.” “For the entire duration of [Maile’s] life, we have co-parented as best friends. We’ve lived seven minutes away from each other, at the most. Right now, we live virtually next door to each other."

He added: "I’ve got a big backyard and lots of land, so we both share this space. So Mandie, her boyfriend Jason [Fordham], my daughter Maile, we are a family. We are a new nuclear family.”

If you can successfully quarantine with your ex during a pandemic, you definitely have got the situation under control.