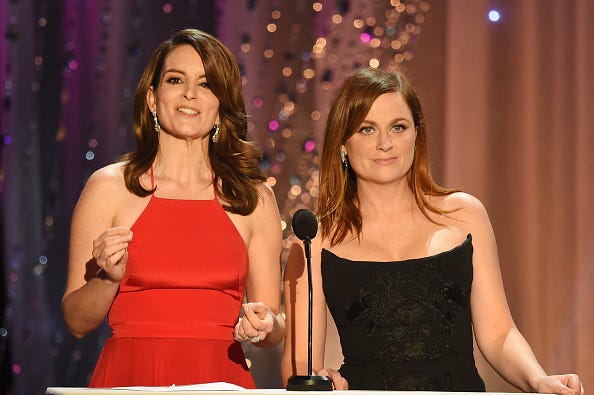 More and more streaming services are competing for your attention.

Peacock announced its slate of TV shows including a mix of current NBC shows and scripted originals.

The coming-of-age comedy is produced by Amy Poehler. According to TODAY, it will be about an “underdog women’s collegiate soccer team that gets a new coach who used to play the sport herself. Retired pro-soccer player Abby Wambach will also executive produce.

Poehler's side-kick Tina Fey will produce a musical comedy that NBC describes as "a one-hit-wonder girl group from the '90s gets sampled by a young rapper, its members reunite to give their pop star dreams one more shot. They may be grown women balancing spouses, kids, jobs, debt, aging parents, and shoulder pain, but can't they also be Girls5Eva?"

Hailing from Mindy Kaling, the comedy finds Ellie, a single woman who asks her gay best friend to be her sperm donor shortly before her 39th birthday.

Produced by Norman Lear, “Clean Slate” will star Laverne Cox and centers on a trans woman who returns to Alabama to reunite with her estranged father after 17-years.

David Schwimmer returns for a comedy about an American Intelligence agent and a British computer analyst.

Will Forte stars, writers, and produces the comedy series based on the “Saturday Night Live” sketch character.

Other previously announced scripted sitcoms include “Rutherford Falls,” the revival of NBC's recent “A.P. Bio;” and reboots of the 80s hits “Saved by the Bell” and “Punky Brewster”

In addition to current and original programming, the streaming service will offer movies from Universal, sports content with a series that follows USA basketball stars on their Olympic journey, and news coverage.

There will be three pricing tiers offered for customers: Peacock Free with some content with ads, Peacock Premium boasting a more extensive library of ad-supported content for $4.99, or the best package that offers an ad-free experience for $9.99 a month.

It will be available for Comcast’s Xfinity TV and broadband-only customers on April 15. A national debut rolls out on July 15.