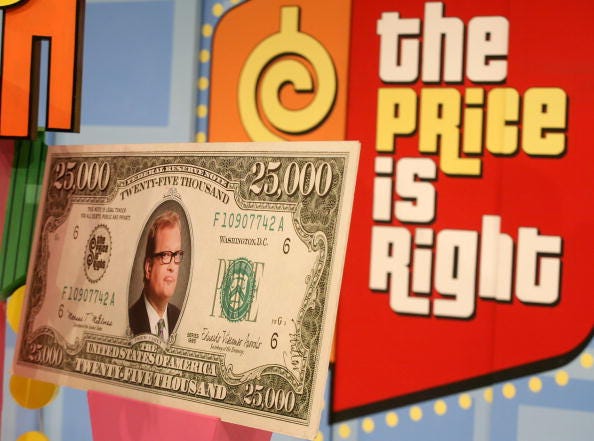 “Price Is Right” contestant Mike Stouber found his way into the record books after becoming the biggest winner in the show’s history by taking home over $262K in cash and prizes, according to the New York Post.

For his appearance on the long-running game show, the 29-year-old wore a shirt that read “Plinko is my cardio.” And as luck would have it, that was the game he was picked to play.

Show me the money!! Michael just became the biggest winner in daytime Price Is Right history! Drop a 💲 below, and let's make it rain!!

His winning streak began on a high note, as the first chip he dropped landed into $200K slot. In total, he won $202K playing Plinko.

Then came the final showcase showdown where he guessed the value of his prizes without going over and won a new car, a trip to Fiji, and more cash. By the end, his winnings totaled $262,743 and set a new “Price Is Right” record.

When host Drew Carey announced the results, Stouber became overwhelmed with excitement and ran around the stage, screaming with his arms flailing.

“It didn’t even register what had just happened, I was so in shock," Stouber said. “I don’t even remember doing this. It’s just from watching it. I sort of threw my arms up and it was like, ‘Oh my god, this just happened.’”

After letting it all sink it, Stouber had to keep his historic win quiet for over a month as the show taped in September and didn’t air until this week.

On the day of the episode, he threw a viewing party and invited friends over to celebrate.

“We weren’t allowed to tell anyone so for them, it was a huge shock,” he added. “They were like, ‘You’re going down in the record books!’”

While Stouber will have to pay taxes on the winnings, he and his wife plan to take the trip to Fiji and invest the rest of the money for their future.