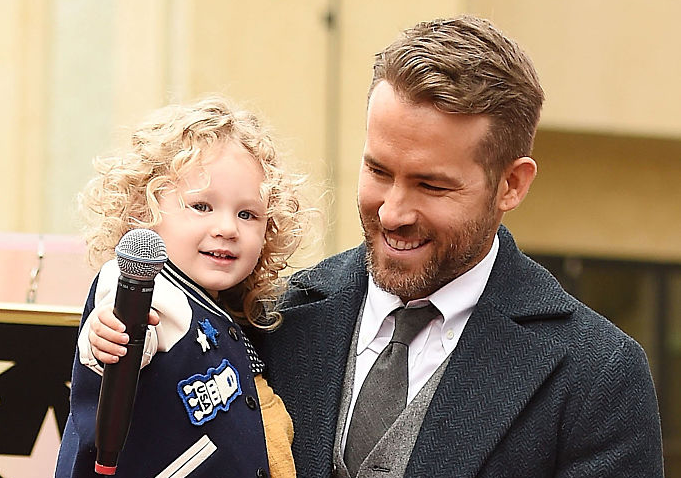 Most parents want their children to follow in their footsteps but not Ryan Reynolds.

The actor made it very clear that he does not want his daughter to become a child actor.

Fallon joked that she said “the words no actor wants to hear,” and Ryan confirmed in a defeated manner that yes, “she wants to be an actor.”

Reynolds made it very clear that he’d be supportive if she pursued the craft as a hobby, but he’s not backing it as a professional career choice.

"I'm fine if she wants to be an actor," he said. "I'm like, ‘Fine, go ahead, like, you know, in school do like after-school stuff like that—that's fine.' And right now, every day is, like, a recital. She's singing songs. She's doing little plays at home, all that stuff. But, like, being a child actor in, like, movies and stuff? That's, like, a whole other ball of wax,” he said.

Reynolds revealed he has some strong feelings on the topic and has made it his mission to talk her out of it.

"I tried to—I explained to her, I was like, ‘Look, you know, that's huge burden on your nervous system. I mean, having to, you know, having to process all of that attention and information. Or else, you develop all of these unhealthy coping mechanisms…' And she just, like, looked at me like she didn't know what the f*** I was talking about,” he said.

The funny-man went on to explain that he doesn’t think showbiz is good for kids.

"And I was like, ‘You know what? Here's what's cheaper and easier is, like, let's just skip showbiz and enroll you right into cocaine," he hilariously said adding, "Because showbiz is not good for kids. I feel like we should know this by now, right? But parents everywhere are like, ‘Yeah, let's just put them in a movie, unsupervised.'"

Reynolds is the proud father of three daughters: James, 3-year-old Inez, and a newborn who was born this summer.

Reynolds and Lively are known for playing it coy when it comes to the family and haven't even revealed the newborn’s name.

When asked by Hoda Kotb and Craig Melvin on the Today Show, Reynolds offered up this response: “We’re gonna be original, and all the letters in her name are silent. I want to give her something to push against in life.”

Reynolds didn’t even inform his friend Fallon that he was expecting, which didn’t sit well with the host.

"I said, ‘Hey, Ryan, what's going on?' And you said to me, ‘Not much,'" the late-night host said to the actor adding that he found out about Lively’s pregnancy through a Google alert following a red carpet debut.

Reynolds didn’t miss a beat claiming that he wasn’t aware of the pregnancy either.

"No one was more surprised than me, Jimmy. I gotta tell you... I thought she's just been pounding beer. And it turns out that she's, like, six months pregnant or something. I gotta get way more hands-on at home,” he joked.