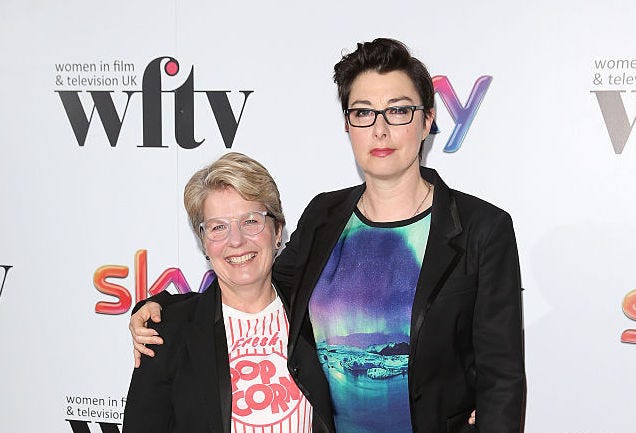 Sandi Toksvig of “The Great British Baking Show” announced this morning on Twitter that she is stepping down from her role as co-host.

Toksvig joined the hit baking show in 2017 in a co-hosting role with comedian Noel Fielding. This change came after the show switched networks in the UK, seeing the departure of inaugural hosts Sue Perkins and Mel Gieroyc.

“When stepping down from a job it is quite common for people to say they are doing so in order to spend more time with their family,” Toksvig said on Twitter. “Unusually I am departing from the Great British Bake Off so I can spend more time with my other work,” she continued.

Originally airing on PBS, “The Great British Bake Off”, as it is known to the UK, has since found its home on Netflix. (Pillsbury owns the trademark to the term “bake-off” in the United States, hence the name change.) The show has been a hit with British and American audiences alike.

I have absolutely loved working with Sandi, she's been a brilliant host and enormous fun and I am in awe of how hard she works juggling so many different projects. We shall be lifelong friends' way beyond the tent. #GBBO #sanditoksvig #friendship https://t.co/R17Lvrjl2L pic.twitter.com/EbuEmEWLaT

Toksvig is currently the host of popular British quiz show “QI”, and is leaving “The Great British Baking Show” in order to focus on her other hosting projects. A statement from Channel 4 said that Toksvig will be hosting a new series on the network focusing on Adult Literacy.

I feel like Tom without Jerry ! Mick without a Keef :( gonna miss yooooooooooooooooo and the wonderful times we got to play together in the tent ! Double acts are rare and magical beast and working with you was a pleasure x x x all my love Mr Noel x pic.twitter.com/nkbuLpvQMs

Her fellow cast members are sad to see her depart, with both co-host Noel Fielding and Judge Prue Leith tweeting her heartfelt sentiments. While the show is currently looking for a replacement, both Toksvig and the network are positive that the show will “happily withstand the change of hosting personnel.”