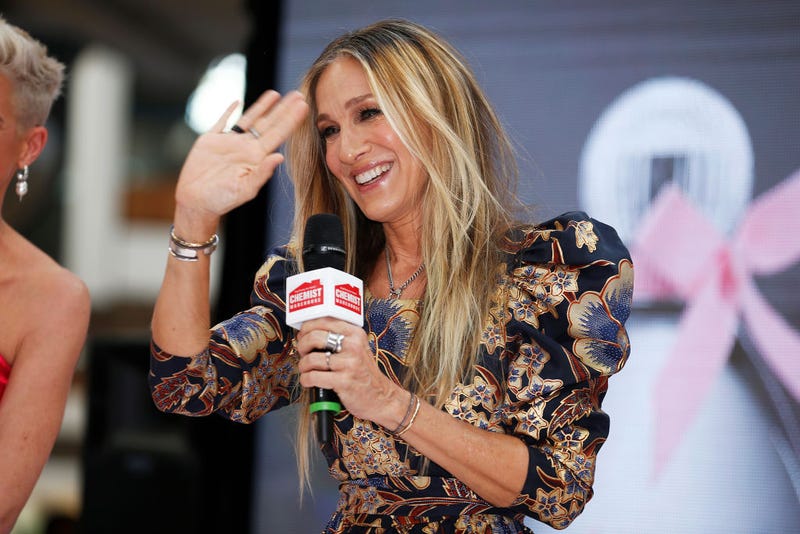 Sarah Jessica Parker is giving us the scoop about her feelings on Carrie Bradshaw’s choice in men.

Parker’s character in “Sex and the City” dated Aidan (played by John Corbett) in season 3. During that season she cheated on him with her on-again-off again boyfriend John Preston (Mr. Big) who is played by Chris Noth.

When she married him, she kissed Aidan after meeting him in Abu Dhabi.

She revealed on the “The Bradshaw Boys,” which you can listen to on RADIO.COM app, whether she was team Mr. Big or team Aidan.

“As you can imagine, this puts me in a terrible position,” Parker said. “There is a very quick and simple answer. You have to be Team Big… I guess, only because you can’t tell a story that long and not in the most conventional way kind of root for that ending. And I love Chris Noth so much, and it felt wonderfully and skillfully written by Michael Patrick [King].”

The actress also added that any girl would be lucky to have an Aidan in their life.

“I love John Corbett so much and I loved Aidan. I loved his Aidan,” she said. “The best of both worlds is in fact having your cake and eating it too. So, I feel like I got both teams,” Parker said. “Ultimately, Carrie should have ended up with Big, but it was a delight to mess around before she arrived at that,” she added.

Back in March, it was announced that a follow-up series to “Sex and the City” is in development at Paramount Television.

The TV project is based on Candace Bushnell’s upcoming book, Is There Still Sex in the City?, which looks at sex and dating in NYC after the age of 50.