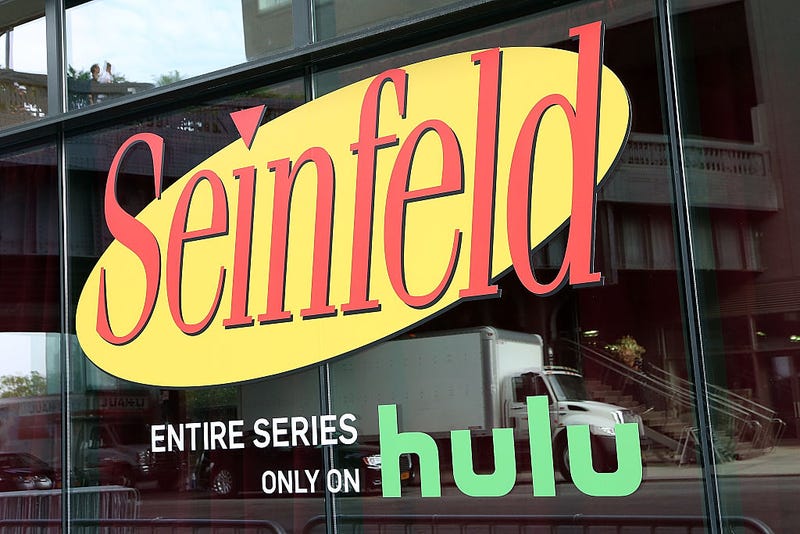 It’s going to be “festivus for the rest of us” as the hit sitcom “Seinfeld” joins the Netflix lineup!

Netflix announced that Seinfeld will be available to stream beginning in 2021.

The 180 episodes of the popular show will be available to all people around the world.

The Los Angeles Times first reported the news, which was followed by an announcement on Twitter by Netflix.

All 180 episodes of the Emmy-Award winning Seinfeld are coming to Netflix — worldwide! — starting in 2021 pic.twitter.com/tLvcCKH4vl

According to Netflix, deal happened with Sony Pictures Television, who controls the distribution of “Seinfeld.”

“‘Seinfeld’ is a one-of-a-kind, iconic, culture-defining show,” Sony Pictures Television Chairman Mike Hopkins said in a statement to the Los Angeles Times. “Now, 30 years after its premiere, ‘Seinfeld’ remains center stage. We’re thrilled to be partnering with Netflix to bring this beloved series to current fans and new audiences around the globe.”

The LA Times reported that Hulu has the current streaming rights to the show paying $150 million annually in a five-year deal that expires in 2021.

The star of the sitcom, Jerry Seinfeld, is not new to the Netflix world.

Netflix has a $100-million deal with Jerry Seinfeld for his two-stand-up specials and show "Comedians In Cars Getting Coffee."

Fans had mixed reactions about the show coming to Netflix. Some were excited about the news

Others were not so excited.

Can’t wait to not stream Seinfeld in 2021