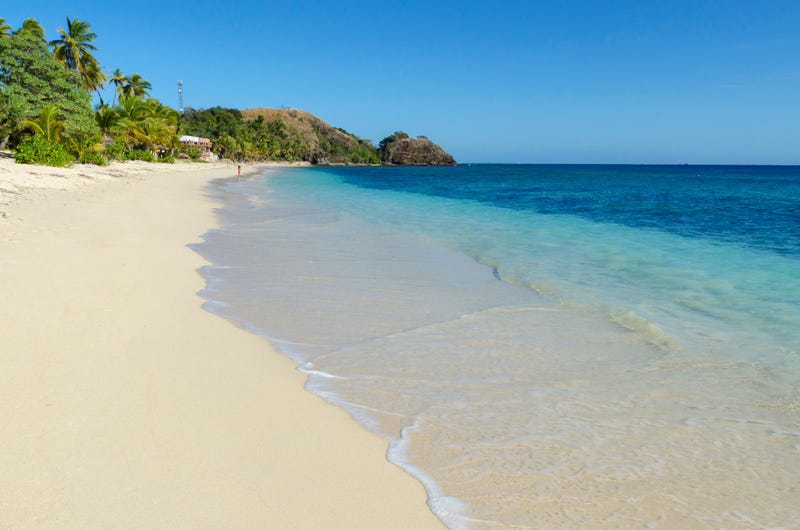 Dan Spilo is speaking out about the incident that made him the first-ever contestant to get booted off of “Survivor: Island of the Idols.”

Spilo was ejected at the end of last Wednesday’s episode following what was initially described as an off-camera incident.

Now, he’s apologizing to his fellow contestants, specifically, Kellee Kim, who accused the Hollywood agent of inappropriate behavior earlier in the season.

“I am deeply sorry for how my actions affected Kellee during the taping of this season of ‘Survivor,’” the 48-year-old said in a statement to People magazine.

“After apologizing at the tribal council when I first learned that Kellee still felt uncomfortable, I want to make sure I do so again, clearly and unambiguously."

“I truly regret that anyone was made to feel uncomfortable by my behavior,” Spilo continued. “In my life, I have always tried to treat others with decency, integrity and kindness.

"I can only hope that my actions in the future can help me to make amends and show me to be the kind of father, husband, colleague and friend that I always aim to be," he added.

The current season of “Survivor” is shaping up to be one of the most controversial – it's the first time a contestant was ejected in the show’s 39-season history and 19-year run.

On the December 11 episode, show host Jeff Probst informed contestants that Dan Spilo would no longer be participating in the competition.

He refused to elaborate on what happened, though People reports that the incident in question involved Spilo touching a female producer's thigh.

“Dan was removed from the game after a report of another incident, which happened off-camera and did not involve a player,” read a message that flashed across the screen.

Former and current contestants spoke out and commended the network for taking appropriate action against someone who had been warned once before about his behavior.

“I am proud of CBS and Survivor for ejecting Dan from the game, especially considering it is so late in the season,” former contestant Ciera Eastin told US Weekly.

The three-time player continued to back the network for their decision saying she was sure “this decision was not taken lightly, and I’m proud of CBS for putting their players and their producers first.

She told the publication that Spilo was giving “multiple opportunities to change his actions and when it didn’t happen Jeff was really left with no other choice. I have always felt safe and a priority to Jeff and all the producers when I have played, and I am not surprised at all that they would continue to put the safety of their players and crew first.”

Another contestant,  Benjamin “Coach” Wade shared a similar sentiment telling the publication that, “CBS, Survivor, and all production and crew have proven that they have what it takes to be the ultimate survivor, in terms of ratings and longevity. If they are doing it, we can be assured that it’s for a damn good reason.”

“Survivor” plans to air a pretaped reunion for the first time out of “concerns over security and the sensitive nature of this season,” according to Entertainment Weekly.

“There has to be some reason they want to be able to control the conversation,” Eastin explained adding, “I know this is a sensitive matter and the first time they have had to deal with something of this nature. And I trust they will do what is right for the victims, for the show, and remembering Dan also has a family watching at home.”

Following the episode, Probst told People that Spilo’s actions happened off-camera adding, “at least one other contestant witnessed it.”

Following Spilo’s exit, contestant Kim revealed that Spilo did not respect her personal space even after being asked multiple times.

My thoughts on tonight's episode of @survivorcbs and Dan Spilo's removal for another incident of inappropriate touching. #Survivor39 pic.twitter.com/nfo9Q5ojLP

She made her feelings known in a lengthy post on Twitter, "While Dan's dismissal has validated the concerns that I raised from the beginning of this season, I wish that no one else had to be subjected to this type of behavior.”

She also added that she believed Spilo was kicked off for “once again, inappropriate touching.”

Probst refused to offer up any other information telling Entertainment Weekly it was “out of respect for privacy and confidentiality."

He admitted that the decision was hard yet necessary and discussed with lawyers at length.