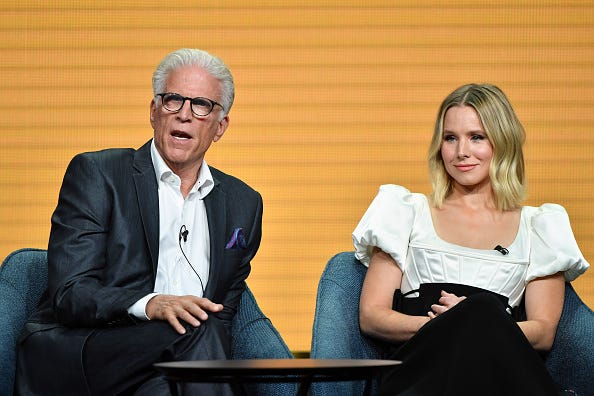 When “The Good Place” premiered on NBC in 2016, no one knew it was going to be a massive hit that intertwined sitcom comedy with moral philosophy in a way that resonated with audiences of all ages.

And yet, the series became critically acclaimed, carved out a dedicated following, posed some of life’s biggest questions, imagined (and then reimagined) what happens in the afterlife, and finally, and most importantly, ended on its own terms.

Yes, the ending was bittersweet, as endings usually are, but it wasn’t “gut-wrenching” as Ted Danson, who played reformed-demon-turned-human, Michael, pointed out.

Which part made you cry the most? 😭 #TheGoodPlace

Since the cast and crew were given a heads-up about the final season, they had time to tell the story the way it was intended by creator Mike Schur, which is not something that should be taken for granted.

Many shows, especially in our current TV and streaming landscape, don’t get the luxury of closure.

It’s the very reason why Danson called the series finale, which aired on Thursday, January 30th, “the perfect goodbye.”

During his appearance on the TODAY Show, Danson told Savannah Guthrie, “It was really lovely because we had the whole year to say goodbye because we knew it was ending.”

In terms of how the storyline wrapped up, Danson said it was “how you hope the universe works, really.”

Much of the show’s success can be attributed to the wonderful and talented cast, who told Seth Meyers during the finale after-show that they went from being strangers to family in the same way their characters did.

Throughout the interview, Danson noted that he was experiencing a very “human” moment the morning after the finale: a hangover.

He revealed that following the after-show, his kids took him out to celebrate at Stonewall where they “played pool into the wee hours” and drank copious amounts of tequila.

After spending an eternity of Jeremy Bearimies in the afterlife, Danson revealed he also learned some valuable lessons.

“I kind of knew that I was a hypocrite in life but this brought it home,” he said, explaining that the thought-provoking, philosophy-heavy sitcom made everyone who crossed its path a little better.