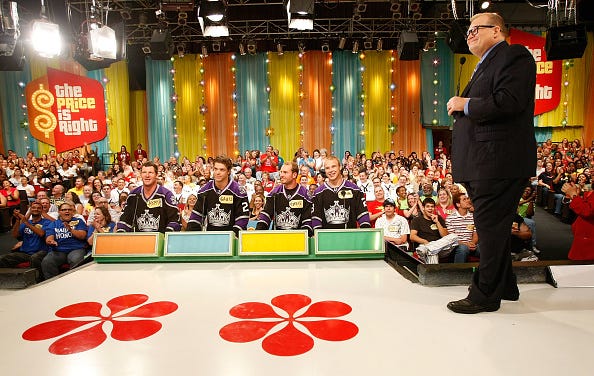 David Boreanaz and Seth Rogen, come on down!

Both actors are headed to special primetime versions of “The Price is Right” this holiday season.

The episodes will air back-to-back in primetime slots and will benefit select charities.

According to Deadline, the first special titled, "The Price Is Right at Night: A Holiday Extravaganza with the Cast of SEAL Team" will join Boreanaz with his CBS “SEAL Team” cast.

Listen to Countryfied Christmas on the RADIO.COM App

They’ll welcome an audience of active duty military and veterans.

The team will play for the Headstrong Project, a charity that benefits mental health treatment for post-9/11 veterans and their families.

“I grew up watching The Price Is Right with my grandma, so it was like a dream come true,” “SEAL Team” actor Neil Brown Jr. told TVLine. “Looking at it as a kid, you’re like, ‘I’m never gonna get there,’ and then you’re like, ‘Oh, I’m here! How about that? Pretty cool.'”

Catch the special airing on December 22nd at 8/7c.

Rogen’s special will air the following night on December 23rd.

Titled “ The Price Is Right at Night: A Holiday Extravaganza with Seth Rogen,” it will benefit Hilarity for Charity, a charity started by him and his wife, Lauren Miller Rogen.

Boreanaz and Rogen’s primetime specials are the first of many coming in 2020. Dates will be announced at a later time.

“The Price is Right” announcement comes shortly after “Jeopardy!” announced its tournament “Best of the Best,” which challenges the show’s biggest winners to a face-off.